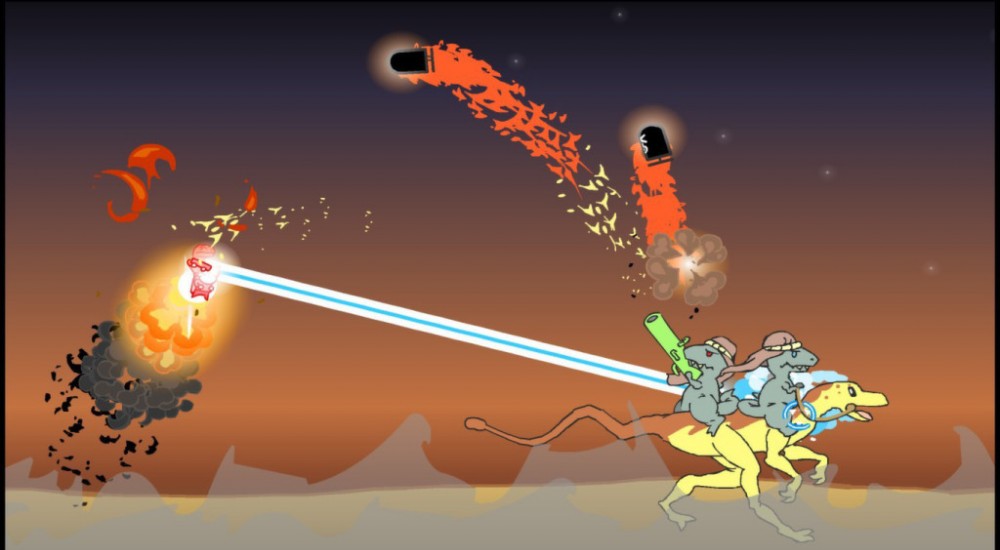 The little studio that could, tinyBuild, ran successful Kickstarter and Greenlight campaigns a little while back, giving them the kick in the pants they needed to create No Time to Explain. Things went well, and now the team is back with a rebuilt, re-awesomed release with more guns, cake, sharks, alien crabs, and stuff from the future!

In case you have time to hear the explanation, No Time to Explain is a wild platform action game that's all about chasing after your future self as you fight off monsters big and small and collect hats to wear. Just because. The gameplay becomes more ridiculous as you go, which is probably why so many people have stuck around for the remastered version's release.

No Time to Explain will release on Xbox One and PC on July 17th. Co-op supports four local players and will definitely be as insane as the trailer above hints at. Oh, and there's a level editor plus sharing tools, too. Have fun with that. Xbox One owners can grab a time limited demo to try out starting... NOW! Steam players who own the original game will get the remastered version for free. If you think you're clever and can buy the old version for a cheap upgrade, you're out of luck, as it's already been pulled. Tee hee.