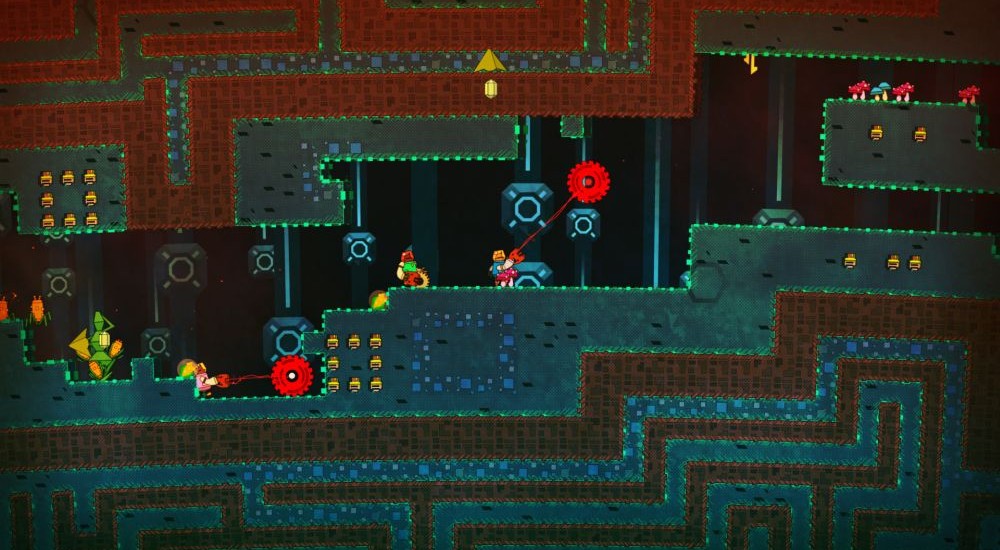 PC users, this is the last Monday you'll have to suffer through without your own working soup factory. The PixelJunk team's sim has been in Early Access for quite some time, but the wait has definitely been worth it. Why? Because four player online co-op, that's why.

The basic idea behind Nom Nom Galaxy is this: you need to make soup. Good soup, too, not that canned flavorless garbage you have to dump a handful of salt into just so it doesn't taste like the inside of an tin can. Making said soup requires you to establish a workflow from crop to nom, dealing with logistics ranging from soup storage to ingredient mixing. Oh, and you have to defend your soup factory from invaders. It's just that good.

Nom Nom Galaxy's PS4 release happened a couple of months ago, but the PC version was delayed for some additional tweaking. Our favorite of those tweaks is the online co-op mode that supports up to four players. You and your pals will cooperate on every aspect of factory design, defense and maintenance, all while doing your best to keep the soup faucets on high.

Keep your eyes open and your belly grumbling for Nom Nom Galaxy when it hits Steam on August 3rd.