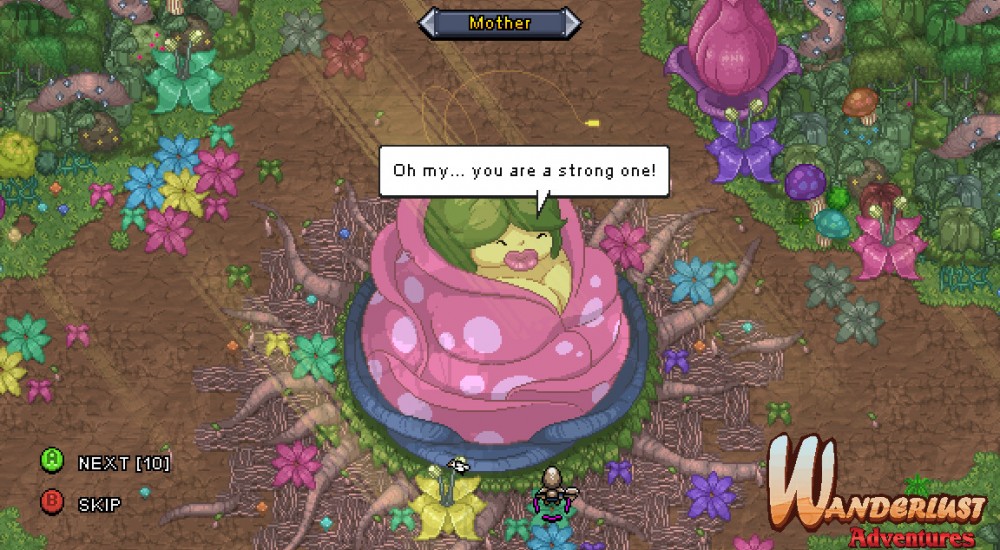 A couple years back, a little online co-op RPG called Wanderlust: Rebirth washed onto the internet's shores. It was well-received, if a bit flawed, but it allowed the developer to focus on what was originally planned as an update to the first game. Instead, developer Chucklefish suggested the procedurally generated open world "adventure mode" be released standalone. Call it, oh, Wanderlust Adventures, why not?

Wanderlust Adventures is a free-roaming open world action adventure RPG that's built around nostalgia and cooperative gameplay. It looks like a SNES-era role playing game, but with online co-op and huge environments to explore, gameplay is nice and modern. Dynamic events help sculpt the story you experience each time you play, and everything from map layouts to loot drops to mini-boss encounters is randomized to further boost replayability. The difficulty even scales depending on how many people you have playing, so no worries if you can't get your online co-op buddies to sit down for a weekly jaunt.

Wanderlust Adventures is crammed with a lot of features that make you go "whoa, neat". And here are a few of them!