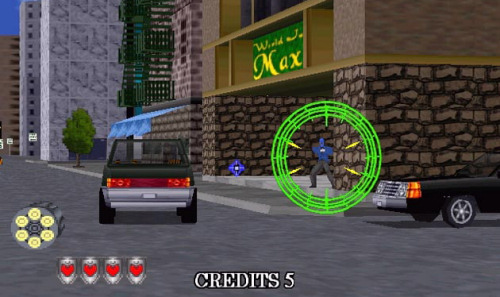 The casing on House of the Dead: Overkill is still warm, yet the game's developer Headstrong Games is already interested in remaking another co-op light gun shooter from Sega - Virtua Cop!

Mark Brown, British Gaming Blog: So if SEGA came to you and said 'could you do Virtua Cop: Overkill?', would you be up for it? Spoofing all like old police movies and stuff.

Neil McEwen, Producer of HotD: Overkill : ...we'd love to do Virtua Cop or another light gun game for SEGA. Anything for SEGA's fine!

This would be totally awesome.  Virtua Cop is still one of my all time favorite cooperative experiences, a modern day remake would be pretty badass.

What other light gun shooters would you like to see remade?  I wouldn't mind a new Hogan's Alley!