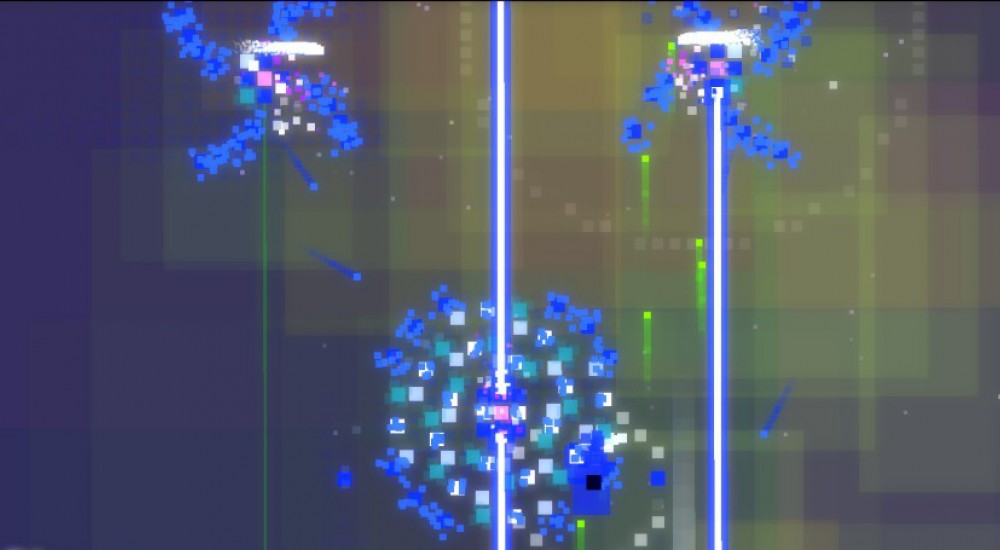 In the realm of twin-stick shooters, I figured I'd seen it all at this point. Then we got tipped off to a little game called Pixel Galaxy, which arrives on Steam today, September 18. The title is billed as a "non-shooting 'shmup," which seems to mean that you will be dodging enemy bullets, but you won't be firing back.

The core mechanics to Pixel Galaxy will be familiar to anyone who's every played a 'shmup in the past ten years or so. You'll have a little ship (represented by a single white pixel on the screen) that you have to protect from incoming enemy fire. The catch being that rather than shooting at the enemies, you'll be collecting pixels off of them and building a kind of shield around yourself. The pixels you pick up come with their own abilities that may grant you some offensive capabilities, though you'll still be trying to dodge everything and gather those pixels up.