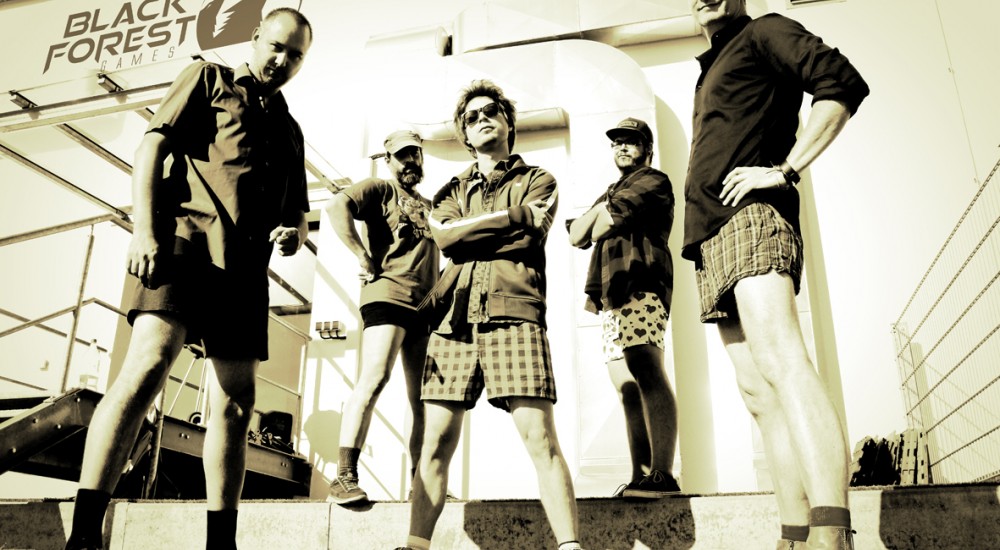 Ever heard of the clothing brand "Diesel?" If so, when thinking of that brand, do you also think of mechanized knights powered by a particular form of fuel, commonly known as diesel? Apparently the two are so commonly confused for each other that the forthcoming co-op title, Dieselstormers, will have to changes its name.

Last year, the Italian clothing company (Diesel) filed a trademark claim against Black Forest Games stating that the name of their game (Dieselstormers) would lead to a "likelihood of confusion" if the developer pursued trademarking. Trademarking game names is a rather common practice to ensure that a game and a developer are tied together (for better or worse) as a brand. "Diesel," as a clothing brand, has a particular style/quality/image that they want associated with all of their products, which does extend outside the realm of clothes. From their perspective, they are worried that people would see "Dieselstormers" and assume it's some off-shot product developed by the same company that makes jean jackets and Christmas tree decorations.

When the issue was first raised, Adrian Goersch, the managing director at Black Forest, felt that everything would be fine as the developer has "no intent to create clothes under the Dieselstormers brand" and that their game was specifically referring to the fuel. Much to the developer's surprise, the Office for the Harmonization in the Internal Market (OHIM) - the government body in Europe that makes rulings on trademark issues - ruled in favor of the clothing company. Thus, "Dieselstormers" will have to be something else.

Goersch had this to say about the decision:

This decision has caught us with our pants down... We are quite surprised that our trademark application has been formally denied. We are no multinational corporation, we cannot fight this decision, even though, frankly, it is a disaster with indie marketing as difficult as it is today. But the history of this game and our company as a whole has been marked with tough challenges and we will manage to overcome this one as well. First of all, we will make sure everyone will be able to keep playing the game, then we'll come back with a new name.

All of this comes after the game went through significant revisions back in May based on feedback they had received from their players, which we discussed with them, and shifted from the initial RPG design to something more akin to a "roguelike" action platformer. By all accounts, the game is better for it, so perhaps this challenge will yield some benefits as well.

The company is keeping in good spirits with everything (hence the header image) and is currently referring to the title as "The Game Formerly Known as Dieselstormers." Much like the music artist, I'm guessing the actual name of the game has just become a symbol. Perhaps something along the lines of...