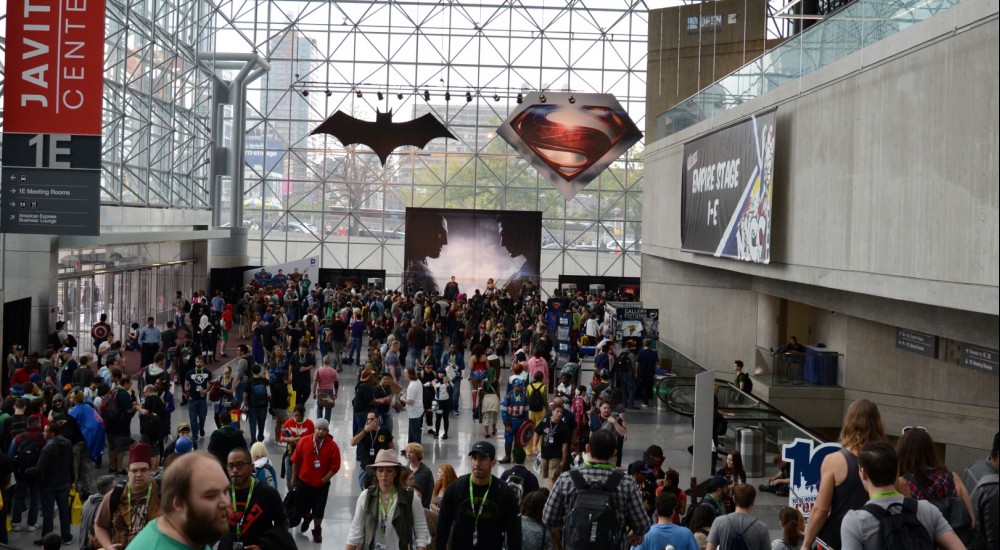 I think this is my fifth or sixth New York Comic-Con, with every year the show getting larger and larger. They've actually split it into two shows, with a more comic book focused one taking place over the summer and the October show focusing more on the culture. Still the Javits Center in NYC is jam packed wall to wall with people, overflowing with cosplayers, comic books, video games, and movies.

While past shows were heavy on video games, other than Capcom and Namco-Bandai (or is it Bandai Namco now) I didn't see much on the floor that was playable. In fact, overall I felt like the show was a bit content light. A lot of the merchandise focused on the POP Vinyl figures, taking up a lot of the space I'd traditionally see the finer looking statues.

Overall it was a nice walk through and I saw tons of great art, but I think this was the quickest I've ever gone through the show - just around 4 hours. Luckily I got there first thing so it wasn't too crowded. Enjoy some shots from the day and apologies on some of them, my camera switched to a cropped mode and I never realized it, so they aren't the best.