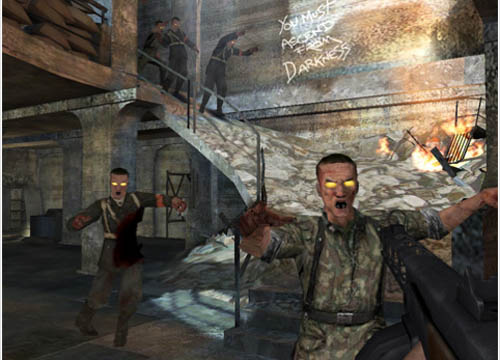 Bad news.  That iPad you were going to buy tomorrow?  It's going to cost you twice as much.  Why?  You'll need at least two iPads to play some co-op Nazi Zombie's for the device in HD.  Activision has created a special version of the iPod/iPhone version of the game specifically designed for the iPad's high resolution screen, and it'll be available at launch.

Call of Duty: World at War Zombies will run you $14.99 - though it's unclear if it includes the recent map update or not.

The game seems to be the only co-op title launching with the iPad.  Brothers in Arms 2 and Eliminate will both function on the device, but aren't offering special version enhanced for the larger screen.