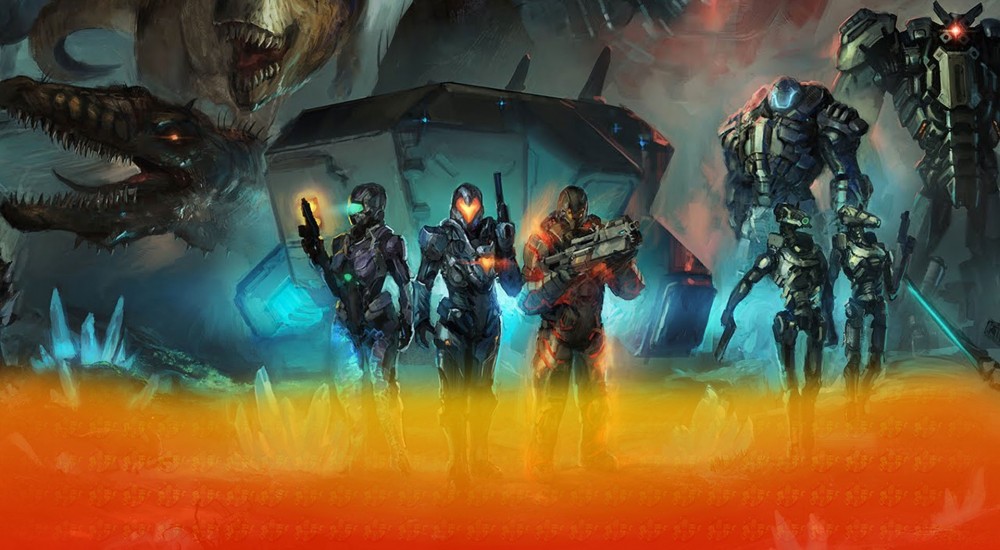 Last night the Co-Opticrew took down some big game. Facing overwhelming numbers of prehistoric creatures on a futuristic world, we went all Jurassic Park and checked out Guardians of Orion, the new twin stick shooter from Trek Industries.

The game has just hit early access on Steam, but it's already got a pretty solid base in place and extremely playable. Players can jump into the shoes of three distinct characters - Assault, Support, and Scout as they protect a harvester on remote alien planets. The game runs on the Unreal Engine 4 so it looks absolutely gorgeous. But the graphics aren't the only standout as Guardians features a pretty unique soundtrack as well.

Here's a video play through of one of the levels in two player co-op - though the game does support up to four players.