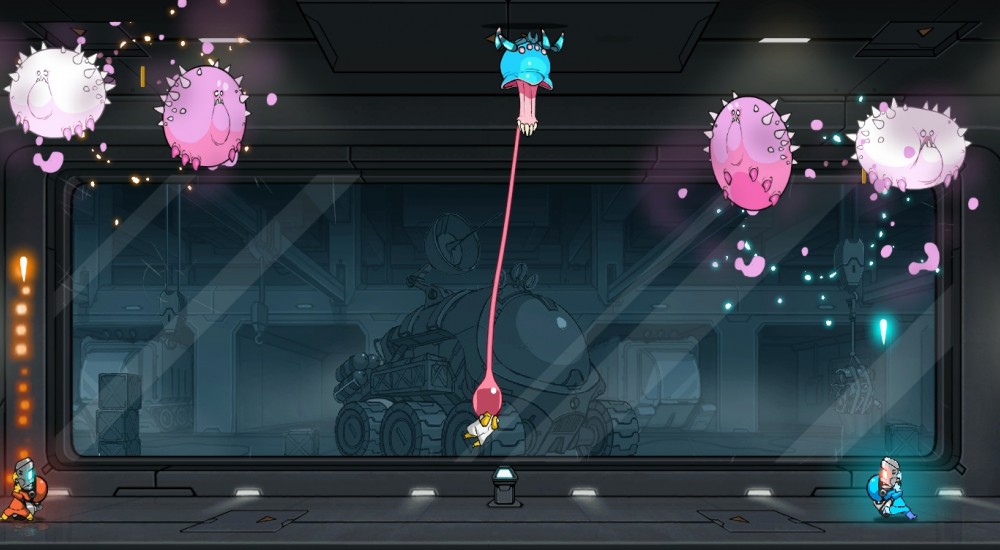 Co-op enthusiasts who were playing games back in the early 90s may remember a title by the name of Super Buster Bros (or Super Pang, depending on whence you hail). The catch to this shooter was that players could only fire up. Rainer Zoettl and Till Aschwanden, two former Blizzard employers, are looking to revive this particular form of shooting things with the forthcoming The Bug Butcher.

The title is currently in Steam Early Access for $7.99, but it has a planned release date of January 19. While the campaign appears to be a single player only affair, the Endless mode supports two players locally to take down as many alien bugs as possible.

The Bug Butcher will be released on PC, Mac, and Linux via Steam when it hits in just a couple weeks' time.