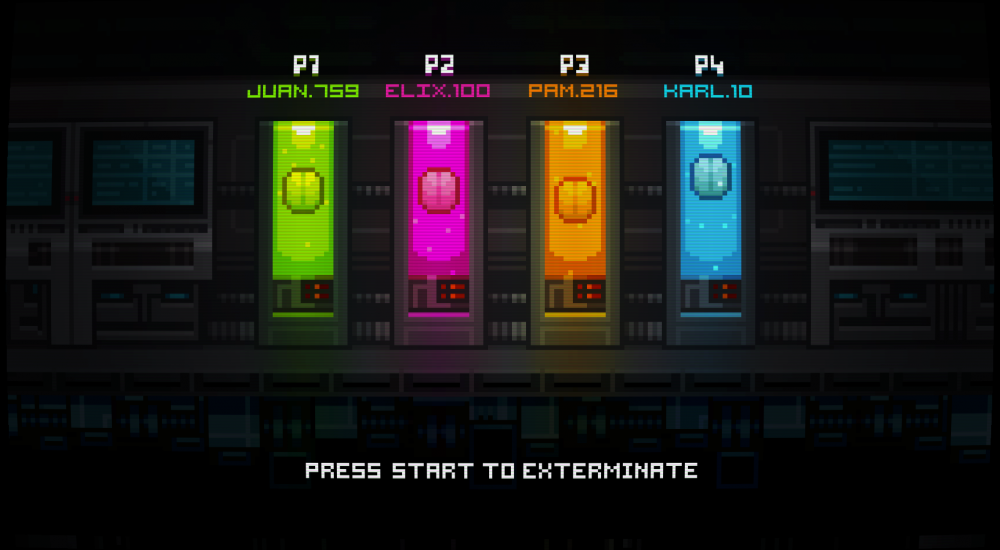 It's time to crash a robot doomsday party with Flying Oak Games' new rogue-lite NeuroVoider. Play as one of four human brains left after the robots have annihilated humanity, and have up to three friends join you for cooperative carnage. It might be nice to have the emotional support after repeated death due to environmental hazards, massive bosses, and unrelenting hordes of evil robots.

The game boasts 8736 unique enemies in a procedurally generated environment, giving you plenty of robots to dismantle and loot. Destroying robots allows you to collect parts for the upgrading of your brain vehicle™. You will also have access to a huge selection of weapon upgrades in order to customize your brain's psuedo-body and unleash hell onto your new robot overlords.

We don't have a solid release date yet for this title, but keep an eye out NeuroVoider on PS4 sometime in 2016.