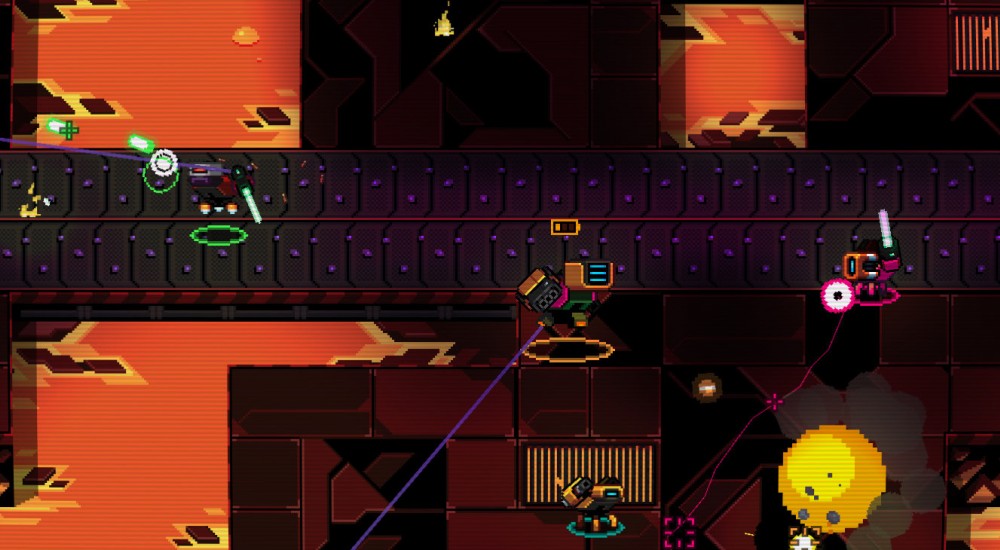 Flying Oak Games twin-stick-shooter-RPG-room-exploring-game NeuroVoider will be releasing to Ps4 and Xbox One, come March 14th and March 17th, respectively. The game was released for PC but has since made its way to consoles, still maintaining the co-op and simple RPG features that made the game so solid to begin with.

When we reviewed NeuroVoider on PC, John Bardinelli said, "NeuroVoider is well-built and offers a lot of challenge. The mix of shooter and RPG balances instant gratification with long term goals, giving you plenty of excuses to play just one more level, especially when you've got a couple of friends in on the action."

The announcement trailer can be seen below, as well as on the Playstation EU YouTube.

As always, to keep up with the latest in all RPG, Dungeon crawlers, Twin-stick shooters, tiny brains and fantastic robots, stay here with your friends, at Co-Optimus.