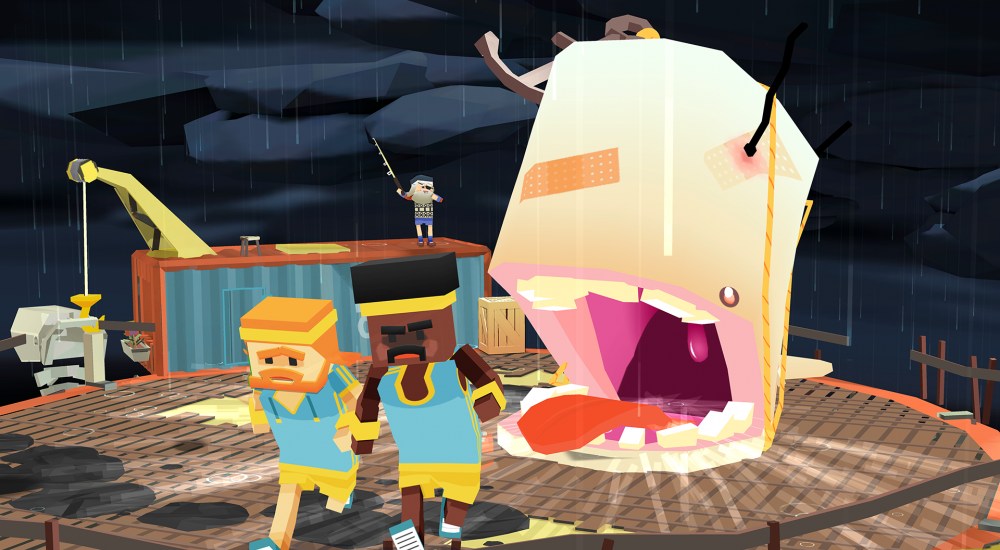 Your search to recreate the most fun part of your childhood is over. What kid didn't enjoy playing dodgeball, the most widely recognized violent repast of elementary school gym classes across the nation? Stikbold! brings this game back with new twists, allowing you to play against your friends with kooky characters, creative enemies, and crazy arenas.

Stikbold! has a two player campaign, and a four player brawl option. If the rules seem to be a bit different than what you are used to, that is because it is based off the folk game of Scandinavian origin. Apparently the rules of this game involved playing against giant whales and hippies, according to the trailer below. You also fight for love, which anyone can get behind.

The game has some neat mechanics, such as allowing a downed player to control environmental hazards to stay engaged. There are also characters to unlock, three difficulty levels, and five levels to give you plenty to play with.

Stikbold! launches on Xbox One this Spring.