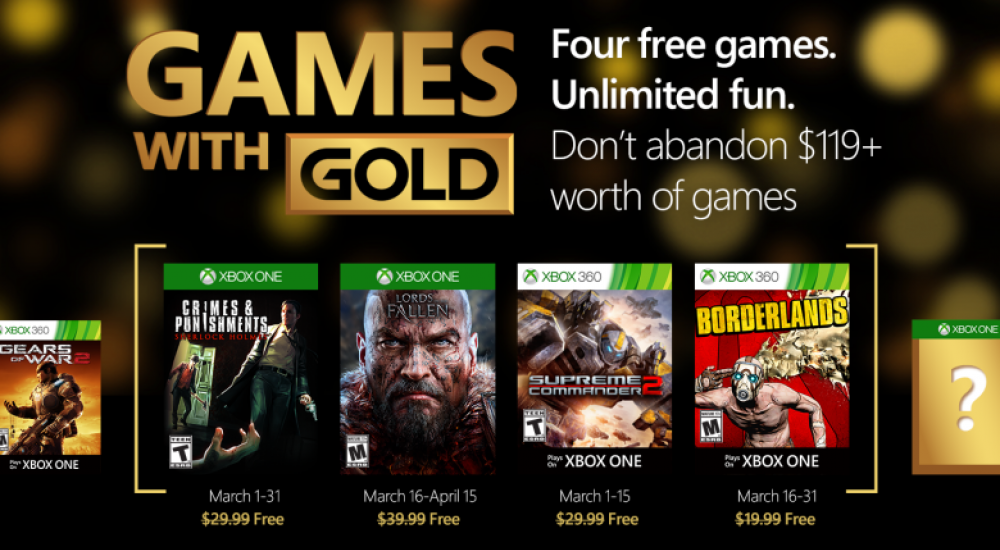 Four games were just placed on the freebie shelf for Xbox Live Gold members to download this March. There's something about a Sherlock game, some lord that has fallen, and a commander everybody thinks is just sooo supreme. And then there's the original Borderlands, ready to play in all its gory, gunny, co-op multiplayer glory!

The way Games with Gold works is simple. If you're an Xbox Live Gold member, you get a selection of free games available to download each month. The window to grab the titles is always limited to a few weeks, but that's plenty of time to hit the download button and start playing

For Borderlands, the freebie time starts March 16 and ends March 31. This is the Xbox 360 version of the game, but thanks to backwards compatibility, Xbox One owners can still play and enjoy. Be sure to invite some friends over for what is arguably the best game in the series. (That's right, I said it!) Local play allows for two players in splitscreen, while online lets you and three others team up for all the funs.