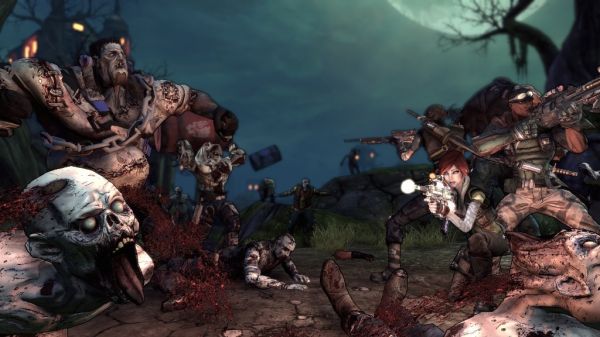 I'm pretty sure Zombies are like some fashion trend that just won't go away, something akin to witty t-shirt.  The Borderlands discs aren't even cool yet from manufacturing, or in gamers hands for that matter, but the first DLC pack has been announced.

Titled The Zombie Island of Dr. Ned, players will embark on a cooperative journey to kill those poor undead souls that we've been slaughtering mercilessly for the past few years in our video game outings.  The DLC will cost $9.99 on the PS3 and PC and 800

There's a video of it over at GiantBomb.

Thanks everyone who sent in this tip!