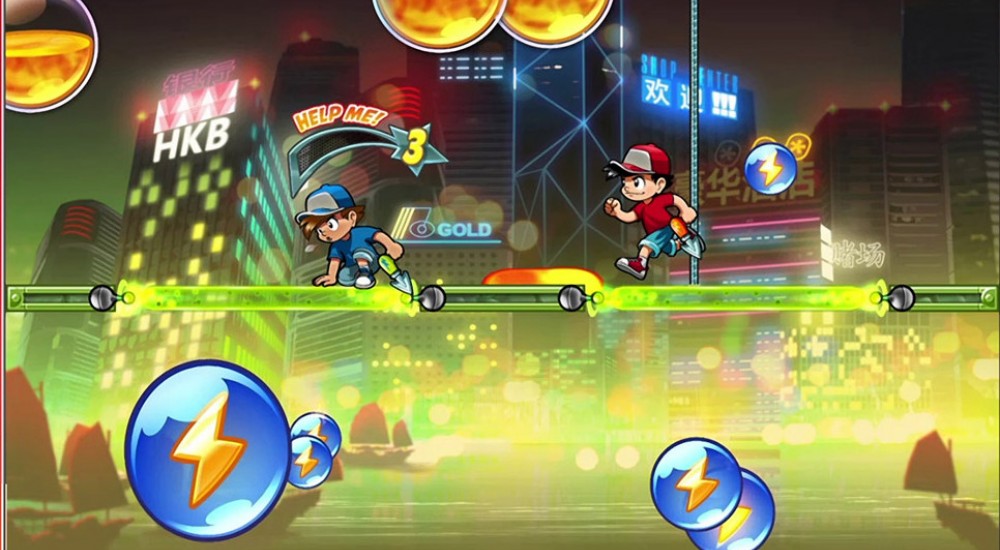 Arcade lovers of the 90s may remember the beloved Pang series, where two brothers (who could only fire up) popped bubbles that floated around the screen. DotEmu and Pastagames have teamed up to create a new entry in the co-op franchise, Pang Adventures, and it'll arrive next month on PSN.

The title appears to maintain much of the same action as its predecessors while also updating the graphics and adding a few new guns into the mix. New to the series this time are boss fights, where the evil aliens that have come to Earth (and flood it with bubbles?) finally make an appearance.

There's no campaign but there are three game modes, each of which supports two player couch co-op. The first mode is called Tour Mode and takes you through each of the game's 100 levels one stage at a time. Score Attack gives you three lives and no continues to test how high of a score you can achieve before you're brought low. Finally, Panic Mode will see how long you can survive in the face of 99 continuous levels.

Panic Adventures arrives April 16, 2016 for the PlayStation 4 via the PSN store.