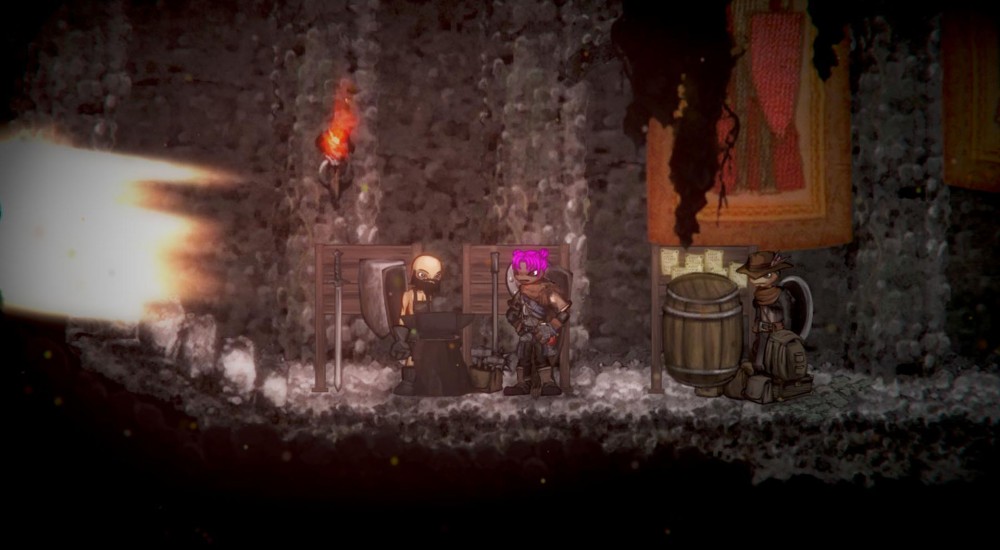 The PlayStation Store Launch Party got underway today with the release of Ska Studios' latest title, Salt and Sanctuary. An action platformer that shares more than a few ideas in common with the popular Dark Souls series, Salt and Sanctuary also allows two players to team up for some local co-op action. It's not the only cooperative title that will be a part of the party, however.

Every week over the course of the next month, a new title will debut on the PSN Store. While some of these games will be solo affairs, there are a couple of anticipated co-op releases in the mix as well. A couple weeks from now, Enter the Gungeon will finally arrive and then a few weeks later will be Housemarque's newest shoot-em-up, Alienation. As a part of this special event, pre-ordering any of these titles through the PlayStation Store will get you a bonus 10% off.

Sadly, you can't take advantage of that discount for Salt and Sanctuary, but if you're still interested in the title, then you can take some solace in the knowledge that there's a PS Vita version in the works that will be cross-buy. So pay now and be able to play on the go later!