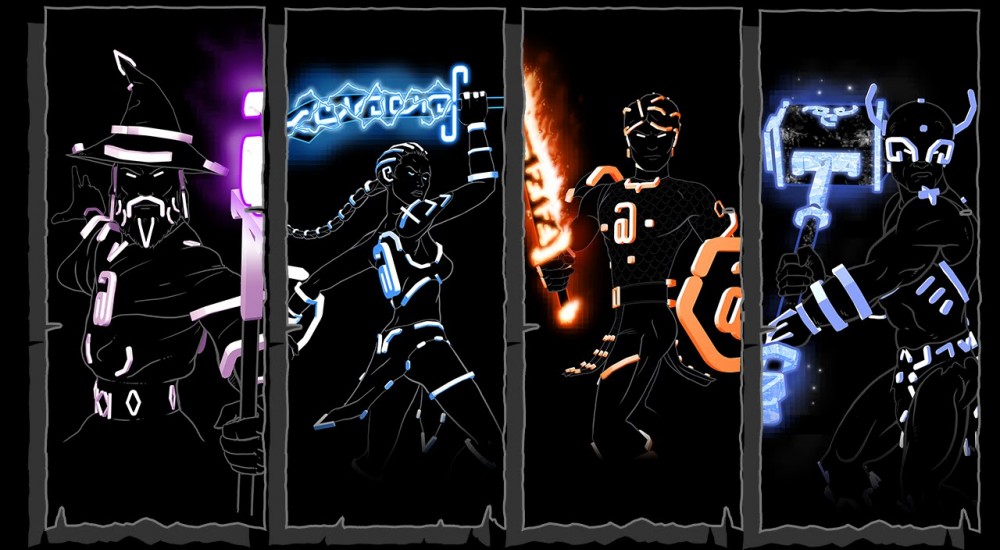 As the ASCII inspired, roguelike dungeon crawler Brut@l approaches its PlayStation 4 release date, developer Stormcloud Games is revealing some new information about how co-op works. Specifically, does the loot drop for each player individually, or is it communal? Can a downed buddy be revived? And perhaps the most important question of all, can I throw a potion at my friend's head to heal him or her?

In the PS Blog post, producer Richard Wood answers all of these hot burning questions. Loot is not instanced per player so whatever drops is fair game. As the game supports local co-op only, though, presumably you and your buddy won't be fighting too much over who gets what. You're also free to drop items at any time for your friend, or even throw them at him or her. This sharing extends beyond just loot, too. When a player revives another player, the player that is doing the reviving shares their life with the player getting revived. So, if player one has 50 HP and revives player two, both will have 25 HP.

There's still no announced release date for Brut@l, but it should be arriving any day now for the PC and PlayStation 4.