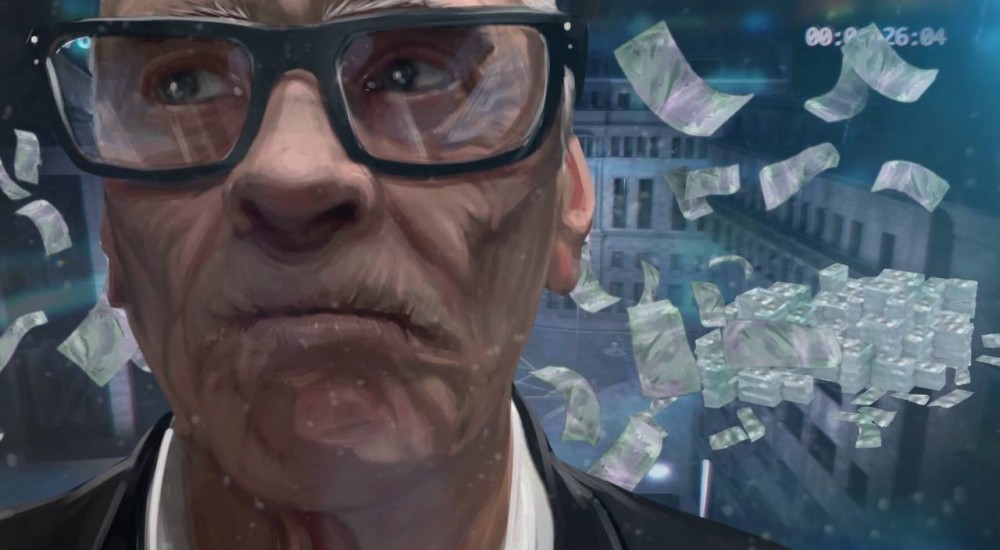 As I search high and low for news on the co-op front, it becomes pretty apparent that originality is at an absolute premium.  Just about every beloved 90's franchise has now been rebooted, and I'm pretty sure that releasing another twin-stick zombie shooter is the final key to bringing about the actual End Times.  Filthy Lucre, then, feels like a breath of fresh air.

Inspired by the British gangster/heist genre, Filthy Lucre aims to toss you and a few mates into every kind of unscrupulous gig you can think of:  assassinations, bank robberies, sabotage missions, unlicensed food truck vending, you name it.  As tradition mandates, many of these jobs will go wrong in one way or another.  Instead of frustratedly resetting the mission, though, the game encourages players to just go with the flow, i.e. blast their way out of trouble with any kind of gadgets and weaponry they can get their grubby little hands on.  Filthy Lucre is built from the ground up to emulate these inevitable snafus and the kind of swift, chaotic changes to plans that follow.  Why don't we have a little peek at the action?

The missions you'll be undertaking are presented in a non-linear format, meaning your team can approach them in any way they see fit, guns ablaze or not.  Developer Fabrik Games also touts a "cutting-edge AI" whose reactions will emerge organically from any type of situation.

Not a lot of solid info is currently available on Filthy Lucre, but we do know that Fabrik aims to release its debut game sometime in 2016, and that it'll feature both local and online co-op modes.  Be on the lookout for more info in the near future, but don't make it obvious.  Maybe pretend to read a newspaper or something.