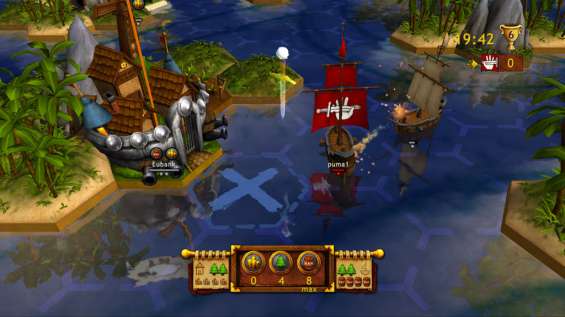 The Age of Booty just got more bootylicious.  Ok, I promise I'm not going to overuse the word booty in this post.

Capcom has announced that Certain Affinities co-op friendly strategy game, Age of Booty, has gone live on the PC and is available from the official Capcom online store.  Age of Booty has players teaming up together against AI opponents to raid, pillage and plunder different ports in epic ship to ship battles.  This four player co-op title on the the PC will cost you $9.99 - not too much booty.

On the PlayStation 3 side of things, the game now has a demo available on the PlayStation store.  This is good if you aren't sure if you want the booty - and really - who doesn't want booty?  The PS3 version also got a recent patch that gives the game trophy support.  Trophy booty.

Hopefully I didn't use the word booty too much.