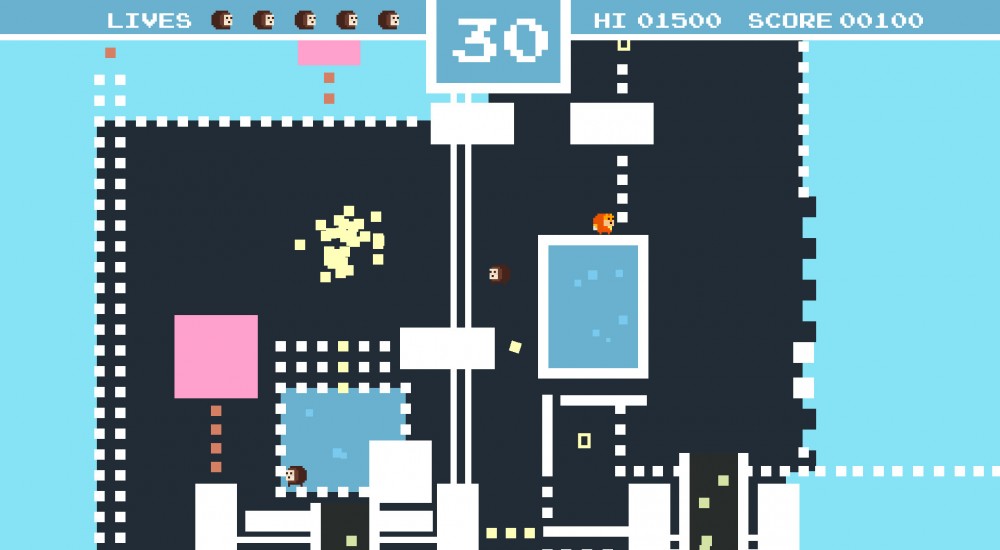 Sometimes the world needs a little bit of calmness. Lion Quest is a puzzle platformer starring Jethro (who's a lion) attempting to save the universe (which qualifies as a quest). He'll do this by solving puzzles in a stark block-filled world. By which we mean you'll solve the puzzles while Jethro sits there and looks cute and pixely.

Lion Quest bends the definitions of 2D and 3D by incorporating objects that straddle planes of existence. The environments are visually three dimensional, meaning you'll see cubes fly up, cast shadows and all of that, but you'll only interact with them in a two dimensional environment. Use the power of your mind to control falling objects as you carve a path through each stage. You'll even get to stop blocks cold and pretend like you're in that one scene in The Matrix with the bullets.

Another of Lion Quest's mechanics centers around controlling other animal characters to help clear a path to the exit. Your pals chip in using their own unique abilities, so it's not all zen mind control or anything. This feature quite neatly plays into the game's simple couch co-op mode that lets a second person sit down and help out. There's also a four player competitive mode with its own set of stages, just in case that calm puzzle solving experience drives you mad.

Lion Quest is currently available for PC, Mac, Linux and SteamOS. Pick it up on the cheap, then pick up a gamepad so a friend can join in the fun.