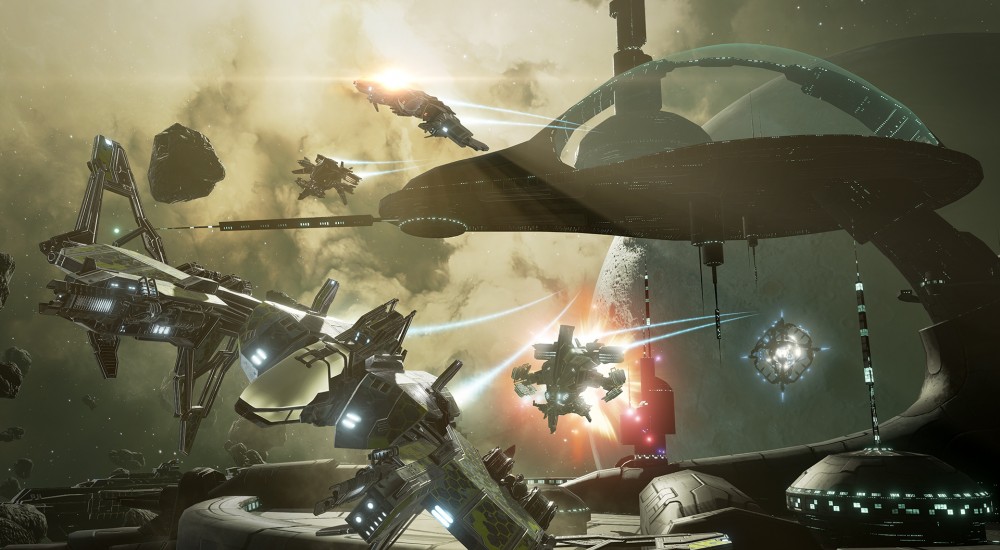 The team based multiplayer space shooter that's set within the same universe as EVE: Online arrived for the Oculus Rift earlier this year on the PC. Though it's primary focus is centered around two teams of players shooting at each other, the title does allow you to form a squad of up to five players and shoot up another squad controlled by A.I. Players can choose from one of three ship classes - Fighter (assault), Heavy (tank), and Support (healer) - and earn experience to upgrade and customize them. New ships within each class will become available as you earn more experience with that class.

For now, there are three mutliplayer modes available and a single-player mode that's designed to familiarize you with the controls and the multiplayer maps. The title is still being worked on and improved, so it's possible additional features will be added later.