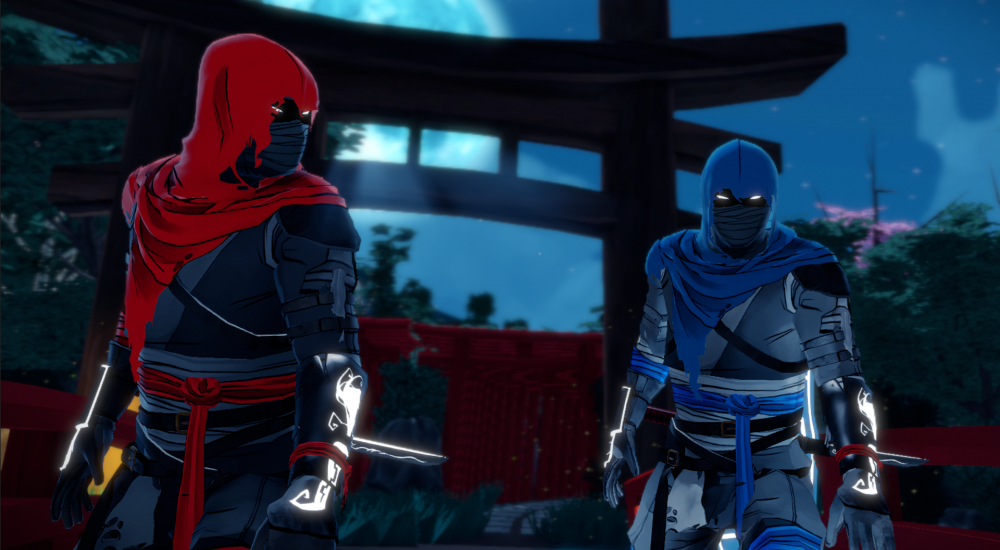 Ninjas.  Exactly what's not to love about these dark, cunning warriors of the night?  They scurry along rooftops making nary a sound, slice and dice with surgical precision, and poof into thin air leaving ninja-smoke in their wake.  You can partake in these wholesome activities and many more in Aragami, an action stealth title from developer Lince Works.

The game bears a resemblance to PS1 classic Tenchu: Stealth Assasins and takes inspiration from other titles like Okami and Journey, according to the developer.  Those who have been longing to dispatch a countless barrage of unsuspecting foes with a dear friend can take comfort in knowing that the entirety of Aragami's campaign can be played co-operatively.  See just a taste of what the game has to offer in the video below:

So what do you guys think? I for one wouldn't mind giving something like this a go. Those interested won't have long to wait, as Aragami will be released on October 4th for PC and PS4.