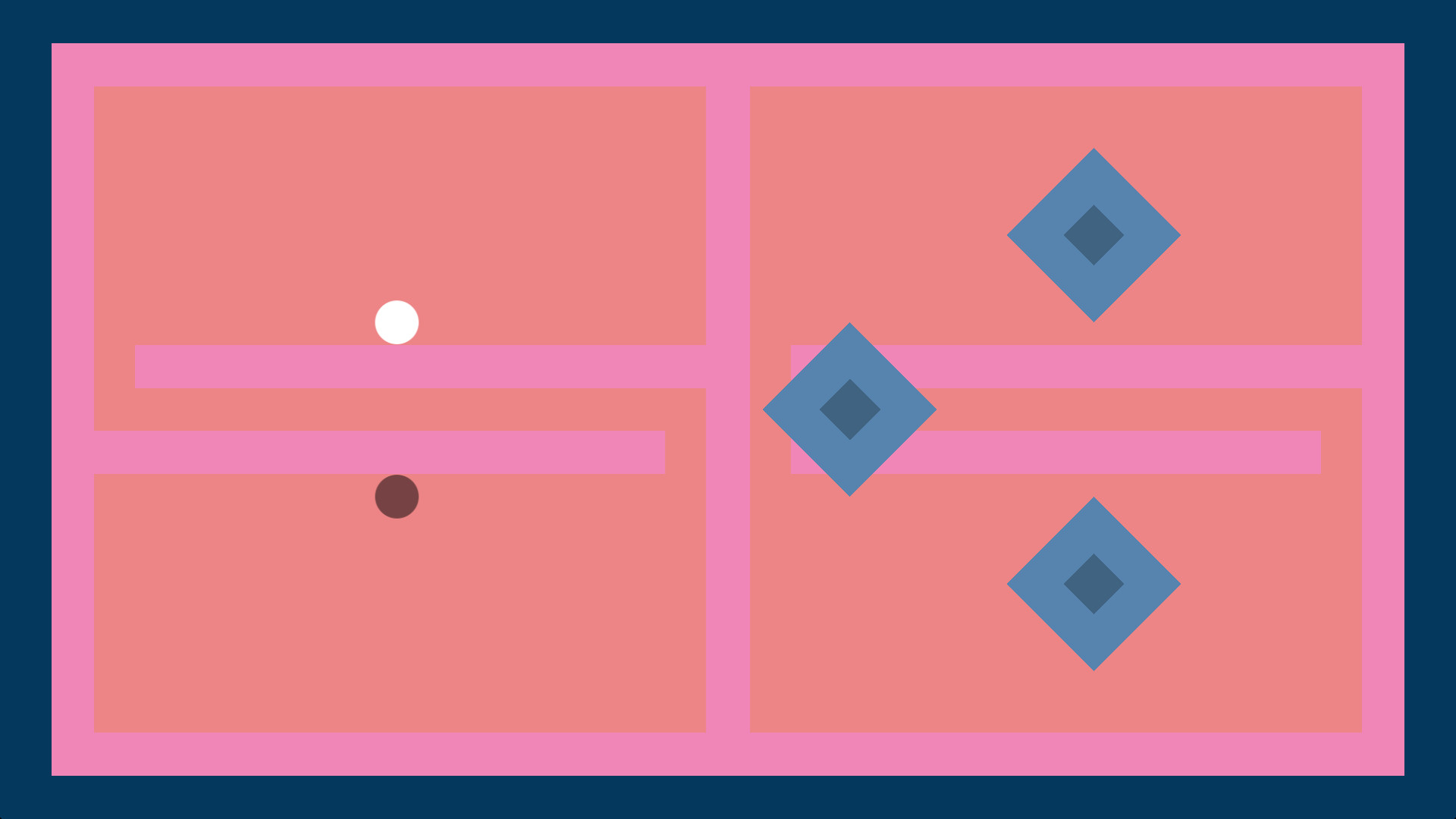 Thoth is a game that could be considered as treading previously explored waters as most gamers in the modern scene have played a twin-stick shooter of some form. In the case of Double Fine's newest venture, it is all that and a little bit more.

Thoth takes the conventional formula and adds its own spin with minimalist graphics and an original score by electronic artists Cristian Vogel & SØS Gunver Ryberg to create a visual and auditory feast that's not to be missed.  As players blast through the varied puzzle-shooting levels, each one specifically designed to require both problem-solving and finesse, they are treated to wild and unique visuals. Local co-op for two players allows a friend to help circle-strafe and journey through the madness as a second dot, hell-bent on blasting their way through the universe.

Thoth is available on Steam for PC and Mac on October 7th.