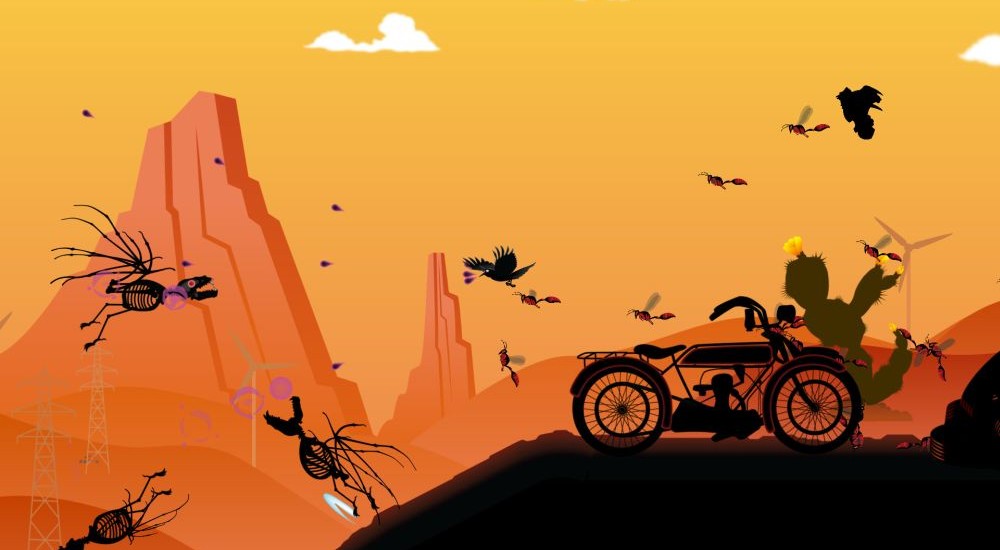 Remember that time in 2015 when we talked about A Quiver of Crows? Well, it's time to talk about it again! The twin stick shooter set in a world of resurrected and ghoulish creatures has finally been released, complete with a lovely two player couch co-op mode I demand be renamed as "crow-op".

Crows aren't really known for their prowess with weaponry. Unless dropping pebbles in a jar to fish out a treat counts. This crow's got it going on with a nice blaster that upgrades based on enemy kills along with some extra attacks to slowly unlock. You start with a little pea shooter, move on to a spread shot, etc., just like any other shmup.

There are a couple of standout features in A Quiver of Crows that make it really interesting. For starters, the non-sci-fi setting is a nice change of pace. Who needs aliens and ships when you've got crows and crunchy ghouls? Second, enemy AI is less about patterns and more about going for the kill. This means you're constantly in danger, transforming the experience from an act of memorization to pure reflexes. And third, co-op. Yes, we love co-op, and this game works really well with two players.

A Quiver of Crows is now available for PC via Steam. It supports two player local single screen co-op. Also, it's 10% off during the first week!