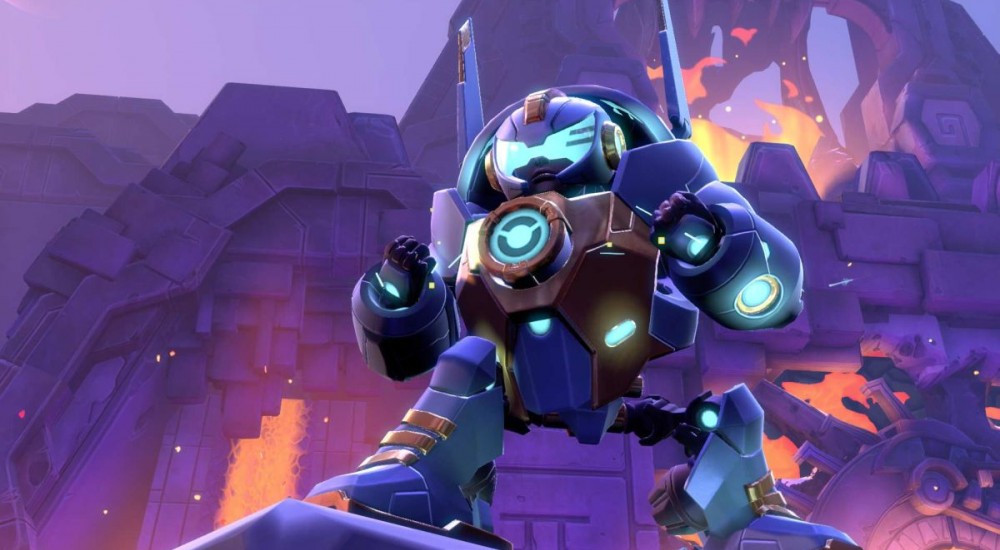 You thought 28 characters was enough? Not even close. Gearbox has rolled out the 29th playable character for its first person shooter Battleborn, and if you ask me, this one's a bit immature. Because he's a comic book obsessed kid, you see...

Kid Ultra started off as a weaponless machine armed with cartoon and comics knowledge designed to entertain children. Since that's pretty much useless in a fight, Nova and Kleese outfitted him with actual weapons, transforming him from a really good makebeliever to an actual comic book style hero.

That's all well and good for the Kid, but how about for us, the people who want to shoot stuff with him? Kid Ultra can aid other heroes by buffing or healing them with his kit. He also has some support weapons that pacify enemies so others can take them out, making him a good choice for people actually interested in playing cooperatively.

Here's a full rundown of Kid Ultra's weaponry, along with a trailer showing off his skills:

Kid Ultra is currently available to Battleborn Season Pass and Deluxe Edition owners. Base players can purchase him 47,500 in-game credits.