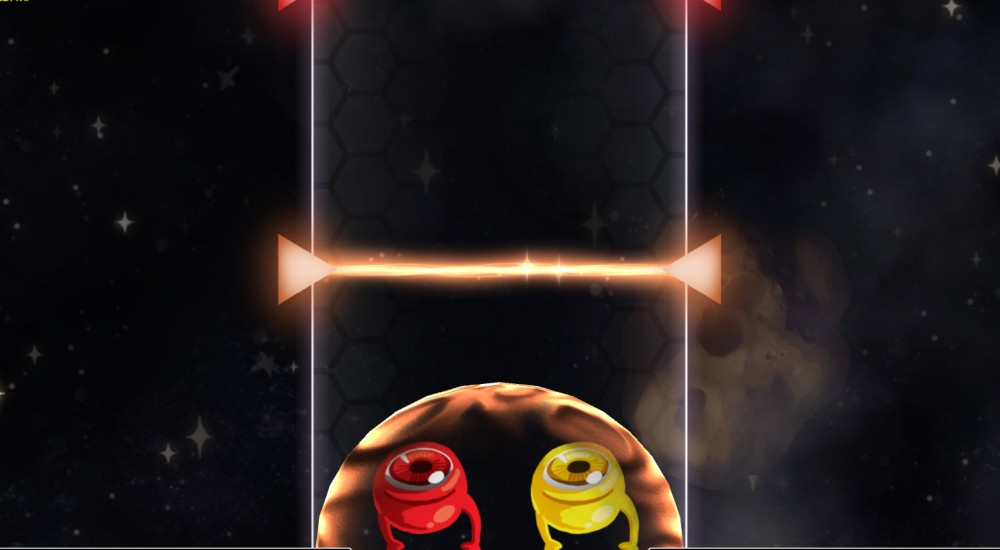 Endless runners on mobile phones have become quite the phenomenon these days. Even Nintendo is getting into it, though they are taking it on with their own approach. Indie developer Hungry Dog Games is doing their own thing as well by bringing co-op into that genre with their PC title, Alien Evaders.

Like any endless runner, there is no set goal in Alien Evaders; you just keep going for as long as possible. The trick here is that your alien is headed down a set lane with colored barriers that keep approaching you. In order pass through the barrier, you must change the color of your alien to match. When playing with another person locally, this adds some interesting twists as you have to coordinate your color shifts. If a blue barrier comes at you, both players must be blue. If an orange barrier approaches, then one player must shift to red while the other shifts to yellow.

Alien Evaders is available on itch.io on a "pay what you like" model. It supports two players locally and also has a four player local mode where teams of two can compete to see who gets the farthest.