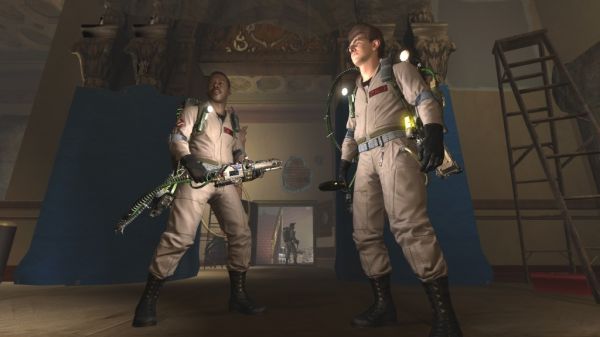 As you've heard last week, we finally got confirmation that the Xbox 360 and PlayStation 3 version of Ghostbusters would contain some pretty cool co-op modes.  And while it's not gameplay through the entire single player story, what developer Terminal Reality created is something almost equally as cool.

The way it works in the co-op campaign mode is pretty unique.  Players will use a persistent character online, earning money and unlocking better equipment through mission completions.  These missions can either be given to you by the game, or you can choose your own.   You'll pick your environment, your goal, and other various options and off you go bustin ghosts with your buddies.  Sound cool enough?  It gets better.  You'll be able to set up a "playlist" of a bunch of custom missions in a row to sort of create your own mini-campaign.

Beyond that mode you'll find a Gears of War 2 style horde mode against waves of ghosts called survival and a few other goal based modes.

The folks over at IncGamers were lucky enough to sit down with members of the Ghostbuster team - no not Egon and Venkman - but the developers of the game.  Give the 10 minute video a watch, but you might want to fast foward to about 5:19 in the video where we see some of the co-op modes in action!