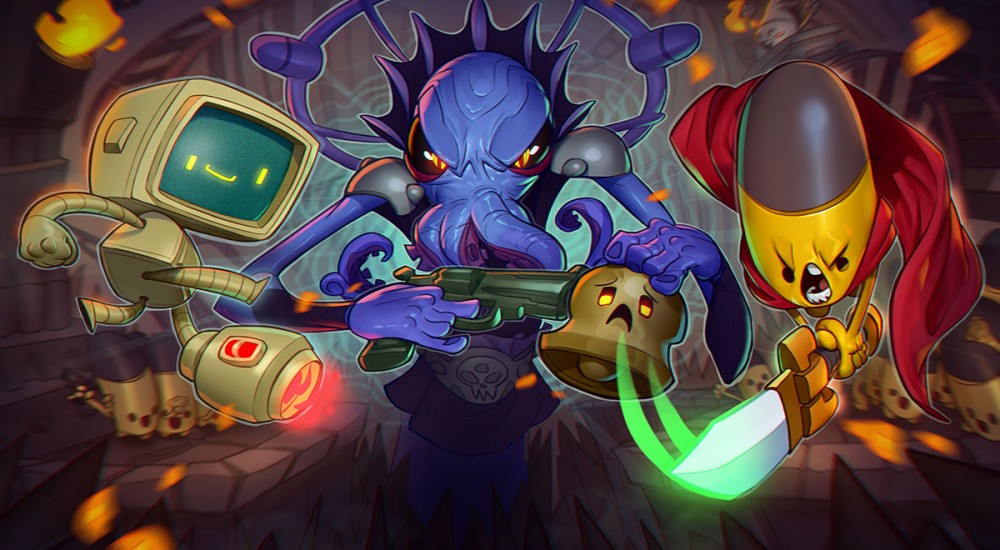 Enter the Gungeon, the twin-stick shooter where guns shoot guns, has gotten a major update on the PC and PS4 with a ton of new free content. The free DLC dubbed "Supply Drop" follows on the heels of the game's success, with publisher Devolver Digital boasting over 800,000 copies of the game sold on the two platforms combined.

Enter the Gungeon’s Supply Drop Update adds almost 200 new rooms to the game, all of which are playable in two player couch co-op.  Also included are new weapons, enemies, companions, bosses, and shrines.

Players will come across new guns like the Bullet Gun, a gun shaped like a bullet that shoots guns and those guns shoot bullets, and new companions like Ser Junkan who gains strength and power as you carry more and more literal junk with you through the Gungeon

The game's developer, Dodge Roll, plans for a full expansion on PC and PS4 in late 2017 or early 2018 according to publisher Devolver Digital. The supply drop trailer can be seen below.