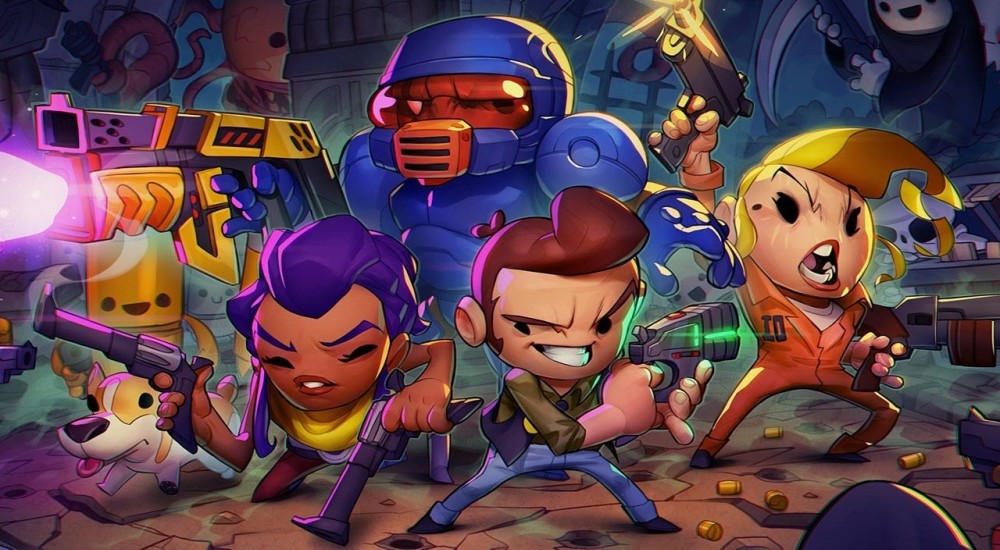 Sure, the Nintendo Switch may end up representing a significant step in Nintendo's return to form.  And sure, it may have one of the better titles to launch alongside a brand new console.  But can the Switch really call itself a true console?  I submit that it cannot - at least, not until it serves the purpose of "platform on which you can do bullet things with the guns and such".

That's where Enter the Gungeon comes in.

The game came out in Spring of last year and featured a solid mixture of bullet hell and roguelike mechanics.  Part of what made it stand out, though, was just how much it took that whole "bullet hell" thing to heart.  Players faced off against actual bullets and shot guns that fired bullets that were also shooting guns... it was a whole thing.  Anyway, it's been announced for the Switch, but the release date is hazy.  With any luck, we'll have it before the year is out.  Check out the adorable announcement GIF below:

Enter the Gungeon is coming to the @NintendoAmerica Switch! pic.twitter.com/OCUYxKx5og

If you're interested in Enter the Gungeon and its two player local co-op mode, why don't you mosey on over to the review we posted back when the game first came out?  The Nintendo Switch is out on the 3rd of this month, but don't worry, it sounds like you've got plenty of time to decide whether the aforementioned bullet-on-bullet action is right for you.