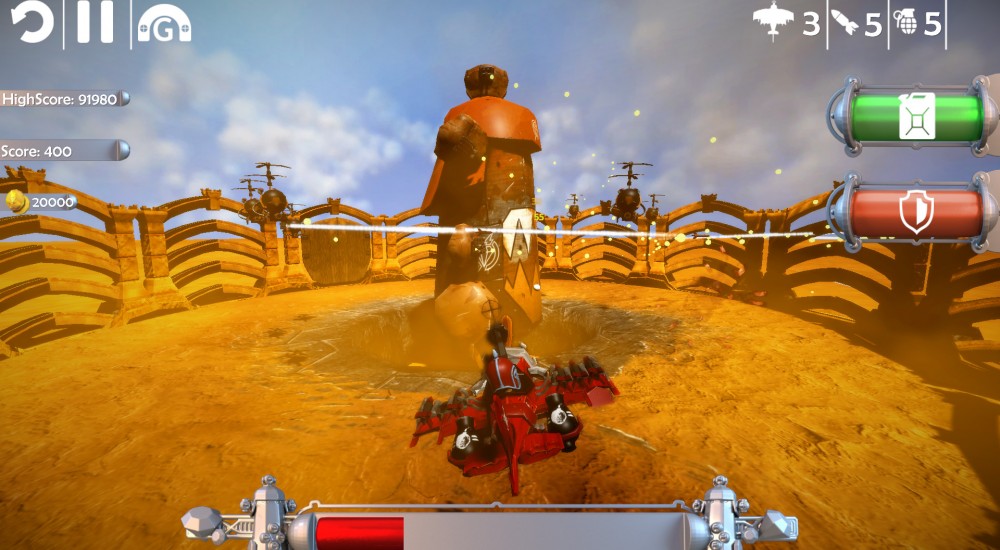 The style of game that Nintendo's Star Fox or Sega's After Burner has all but been lost. Thankfully some indie developers have been picking up the slack where the AAA devs have left a whole. Red Barton and the Sky Pirates looks like a stylish, kid friendly flight game where you're in control of a bi-place shooting down enemies from the sky set in WWI in the realm of the aforementioned Sega and Nintendo classics.

“Red Barton and the Sky Pirates is an ode to games like Star Fox back on the classic N64 and the classic arcade games”, said Aleksandar Djordjevic, CEO at Schism Worldwide LLC.

Red Barton and the Sky Pirates is out on PC on February 14th and includes a two player split-screen co-op mode. The game will also be released for IOS and Android.