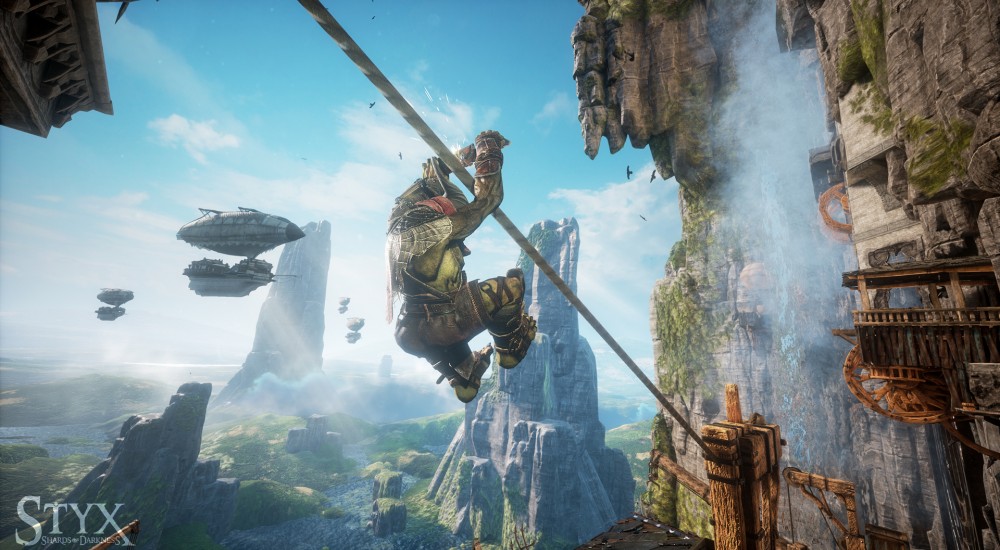 Styx: Master of Shadows was released in 2014 to somewhat universal critical acclaim. As a fantasy stealth action game, it was fantastic and wholly unique. Fans of the game will be happy to know a sequel is out next week on Xbox One, PlayStation 4 and PC. Called Styx: Shards of Darkness, players are once again dropped into the leather boots of an assassin troll...and this time they can bring a friend.

It sounds like the entire game will be playable in two player co-op, with drop-in and out support at anytime. Playing co-op though won't make the game easy, instead, it'll make it more difficult as stealth must be coordinated along with a greater chance of being seen.

Work together to create elaborate distractions, unleash dastardly synchronized assassinations, and run circles around larger enemies―every level and mission is playable in co-op and will open a new array of gameplay possibilities.