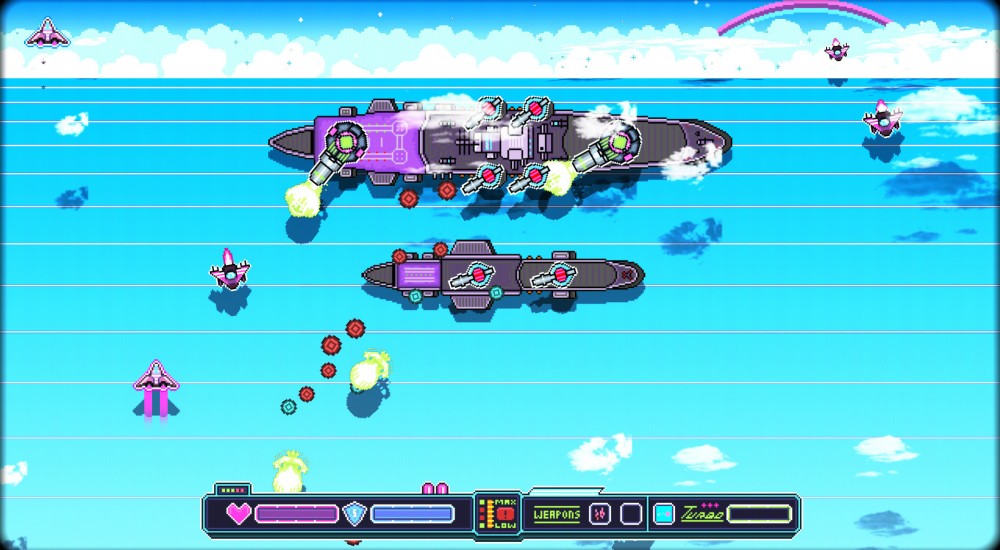 AAG Studio's forthcoming vertical scrolling shoot 'em up, Nighthaw-X3000, definitely has an '80s inspired feel to it, with its synthwave music to its neon visuals. However, its the game's protagonist, James Pilecki, that we're focusing on for the moment as he's got a message for the aliens invading Earth (and no, it's not "Welcome").

There's a certain Duke Nukem vibe coming off James in that video. I half-expected him to say that those fatherless aliens would have to make amends for dispatching his means of conveyance.

Nighthaw-X3000 will arrive on PC via Steam on April 14, 2017 and will support two players locally throughout the main story campaign and the (as yet to be revealed) other game modes.