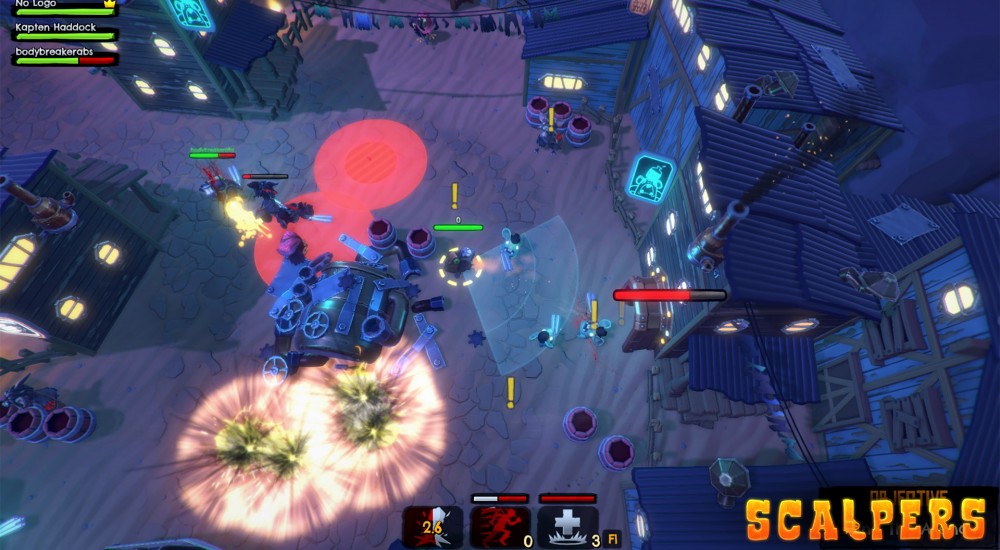 From the title of the game, Scalpers: Turtle & the Moonshine Gang could be nothing else than a western themed video game or classic cartoon. Maybe it's a little of both. The twin-stick style shooter hit early access on Steam recently and drops players into the boots of several creatures in an overtly stylish and surprisingly polished game, despite the early version.

Our four player co-op adventures had us saddling up as a turtle, skunk, or mole - each with the same selectable abilities to support the gang. While the standards are here like the ability to heal the group, there are other more defensive or offensive capabilities - like the ability to lasso and stun or dash and break up a group. The characters themselves also have unique abilities; the turtle can..turtle, the mole can burrow, and the skunk can make things stinky (stun).

The guns themselves are loot based, with basic models available to all like a six shooter, shotgun, minigun and katana but further unlocks are earned by completing levels. One standout feature is the ability to curve bullets using a six shooter, definitely unique in a twin-stick.

Finally the boss battles themselves are old school and often times frustrating, but for the most part we had a ton of fun. There's plenty of time to polish and balance Scalpers and we'd love to see a few more characters join the gang so we don't have to double up on our co-op selection.