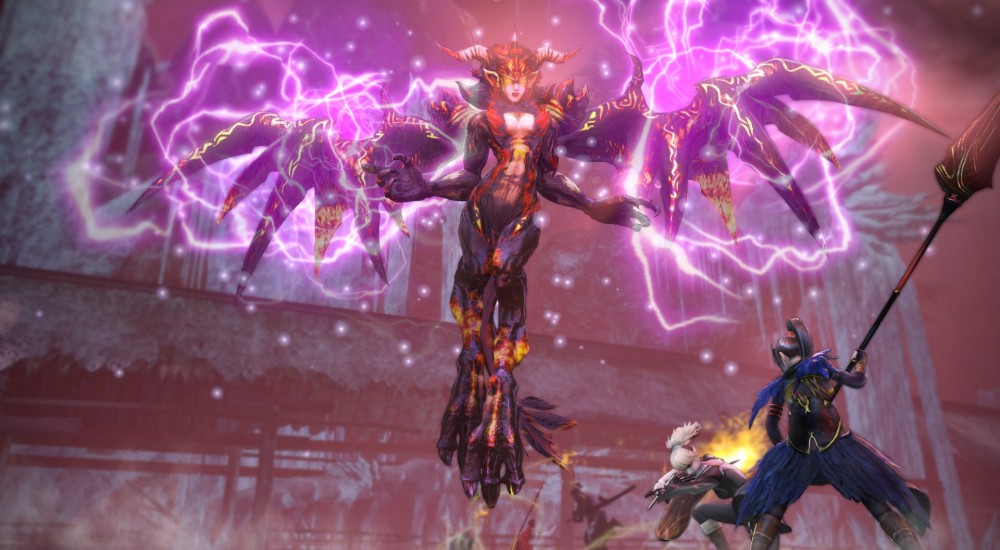 I thought I had had my fill of Monster Hunter style games after God Eater 2, but then in walks Toukiden 2. Locke and Matt joined me last week to slay oni or die trying.

First off, apologies on the audio of the video. It seems something got mixed up somewhere and only my audio came through in the end, so you won't be able to hear Matt or Locke's dulcet tones.

While the tutorial/first hour or so of gameplay isn't the greatest way to get things going, there's a lot about Toukiden 2 that we all like. The variety of weapons, the way the Mitama let you create different builds/role, and how all of that comes together as a solid co-op experience for friends. We'll have our full review next week, but for now, enjoy us running around and killing stuff.

Toukiden 2 is out now on PlayStation 4, PlayStation Vita, and PC. Four player online co-op is supported in the co-op missions.