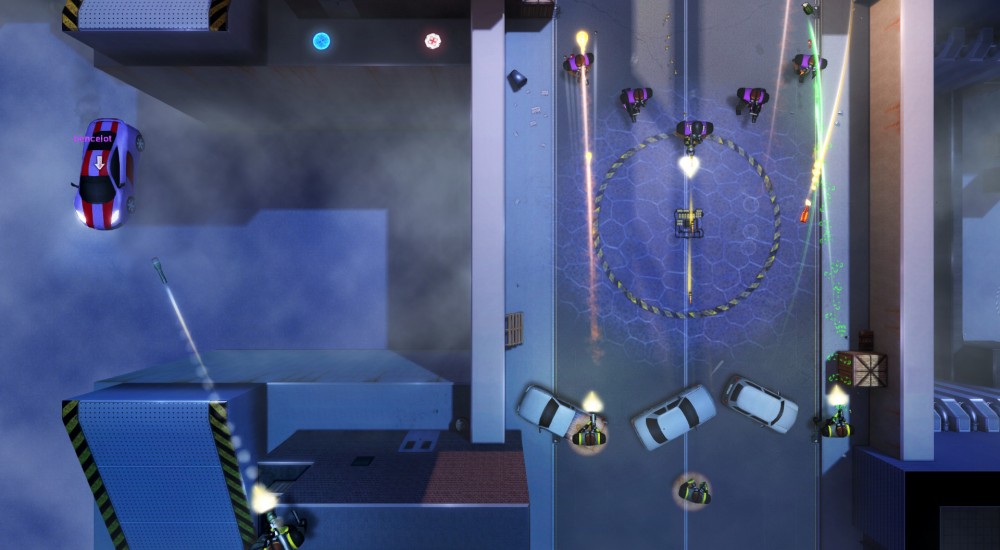 A new top-down shooter has emerged from the depths of Steam! Geneshift, the debut title from the new/one-man indie dev Nik Nak Studios, mixes that shooter mechanic with a little tactical ideology, some RPG leveling, and murdering zombies. There are some really interesting ideas at work here and some great co-op opportunities.

The title is now live via Steam Early Access, but we were able to get a sneak peek at it yesterday evening during our regular Monday night co-op streams. None of us were overly familiar with it, so we do some bumbling about but eventually start figuring things out. The entire campaign can be played cooperatively with up to four friends online and every level of the campaign starts you off with nothing more than a knife. You'll pick up new weapons by either taking them from defeated enemies, or by finding them. Each level you'll also acquire new abilities that can be leveled by acquiring ability points, which can be acquired by completing certain mission objectives or by finding ability point pick-ups scattered around the level. Those abilities reset at the start of the next level, so you'll always be scrounging for weapons and ability points, which adds an interesting survival feeling/twist.

Geneshift is available now via Steam Early Access for $7.99.