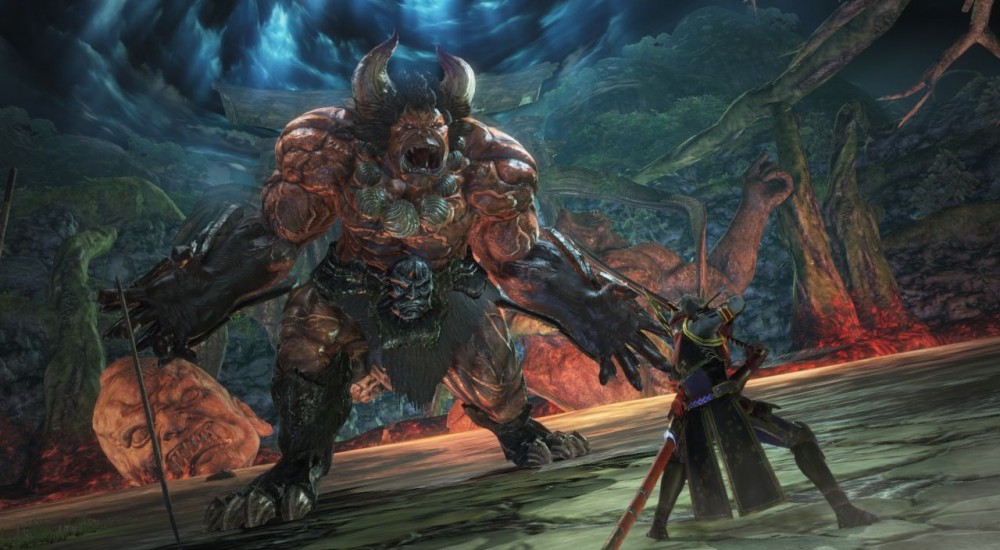 If you're only somewhat interested in slaying oni with your friends, then Koei Tecmo has a deal for you. Toukiden 2: Free Alliances arrived yesterday for the PlayStation 4 and Vita and it allows you to check out some of what the full game has to offer as a kind of free-to-play version. In this case, it means you can only play a few missions each day before you run out of "Stamina" and have to wait for it to regenerate.

The free version of Toukiden 2 is, in many ways, a glorified demo for the full thing. Players are limited to about midway through the first chapter of the story, and can only play a max of three Group Missions or one Ruins Expedition mission per day. This is due to the new "Stamina" mechanic that's been added for the Free Alliances version only, which caps how much you can do. Your Stamina starts at 3, but can be increased to 8 if you purchase new in-game items, Gems, with real world money. Those gems also let you acquire Mitama, restore your Stamina to full, and expand the maximum size of your weapons/material chest. It is very free-to-play. Here's a list of everything you can do in this version from the website:

Note: Ad-hoc multiplayer is not supported with the PS Vita version.

While you are limited by how much you can play each day and how much of the story you can experience, there appears to be no limit on how far you can go with the Group Missions. As we discussed in our full co-op review of Toukiden 2, the Group Missions is where the game really shines as it allows players to create different builds with their weapons and Mitama. The title is at is best in these situations. So, if you're interested in checking it out but don't want to get the full version, this isn't a bad way to go.