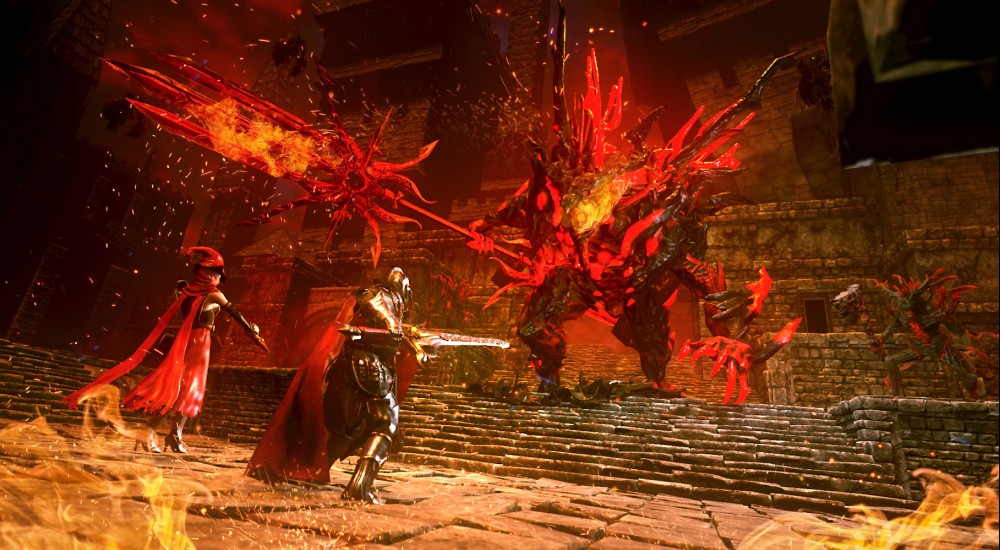 Gather up your allies and prepare to take on the forces of h-e-double hockey sticks itself in Ares Games' Hell Warders. This four player, third-person action title will challenge you to battle off waves of demons and keep the Nexus safe by deploying towers and battling foes mano-a-diablo.

While some of the playable characters have a definite Dark Souls vibe (I'm looking at you, Ash!), the game has more in common with something like Dungeon Defenders. There will be four different characters from which you can choose to play, though it looks like only two (Ash, the Ember Knight, and Dead Eye, the Tainted) will be available when it hits Early Access next week. Each character has his own unique abilities that can benefit the team as the hordes of hell march towards the Nexus. You can search for power-ups and try to take them all on yourself, or you can (and probably should) build defenses to help fend off the diabolic forces.

Hell Warders supports up to fours player online in the main game mode. It will be available via Steam Early Access starting next Tuesday, June 6.