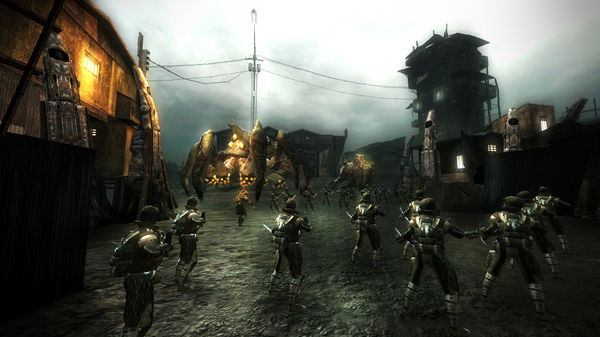 Earlier today we had added Sega's Stormrise, a 360/PS3 and PC RTS,  to our database of co-op games.  After further clarification though, we removed it.  Why?  Well it turns out the co-op mode was officially removed from the game before release.

A producer from Sega's product development department had this to say:

“For the sake of clarification, there is no split screen mode, no online or LAN co-op for story mode. Two players can play on the same team vs. AI on the multiplayer maps, but that’s not exactly a full-featured co-op mode so we’re not calling it that.”

While it's disappointing that co-op play was removed, one that was supposed to be drop-in and drop-out, it's good to see a developer differentiate between true co-op and simple skirmish modes.  Stormrise will still hit store shelves tomorrow sans co-op.