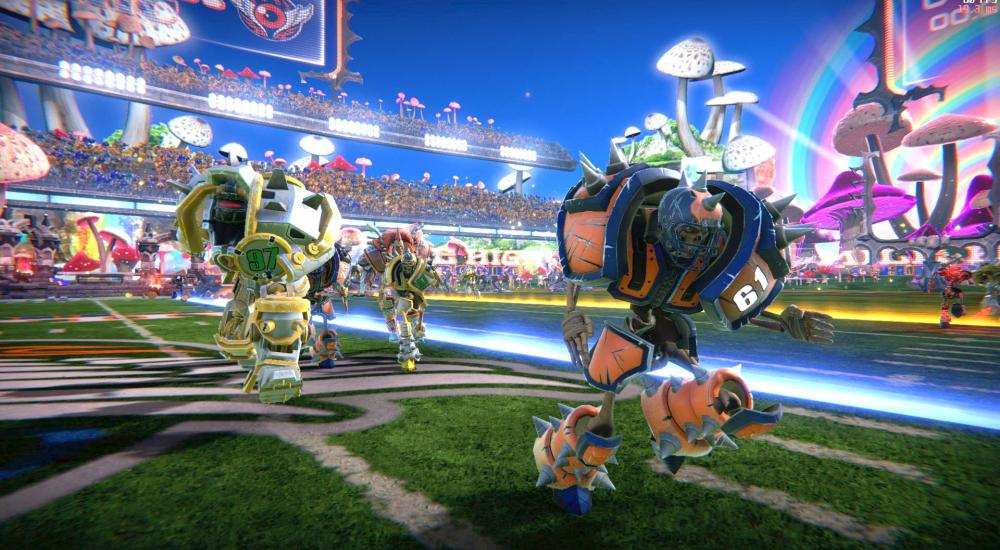 Mutant Football League, the spiritual successor to the Sega cult classic Mutant League Football, has a firm release date for the PC. On October 31, strap on your cleats and get ready to crush your opponents and hear the lamentations of their skeletal women all in the name of scoring some points.

While there is undoubtedly a core player-vs-player component to the game, teaming up with four friends to take on an A.I. controlled team is fully supported. However, it's worth noting that those options are somewhat limited at this time. Originally, there were plans to allow up to four players to team up locally, online, via LAN, or some combination thereof (combo co-op). Things happen, understandably, during development and now it looks like the co-op is a bit more limited. You can play any of the available modes (Season, Playoffs, or Arcade [Play Now]) with up to four players locally with couch co-op (i.e., all players on the same PC looking at the same screen) using four game controllers.

Mutant Football League is out on October 31, 2017, on the PC via Steam. A console release is planned for early next year, prior to the Super Bowl.