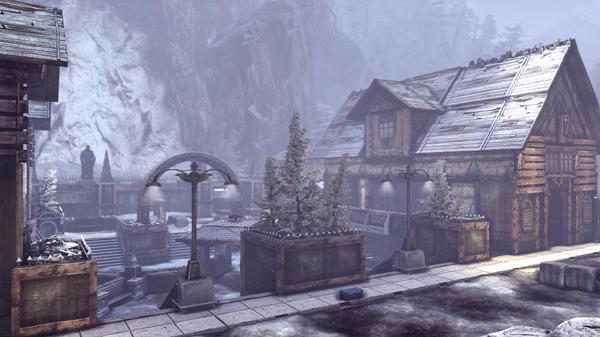 So you've played Horde mode till your eyeballs bled.  You've finished the campaign on every difficulty with your buddy by your side.  You still want more Gears of War 2 though, so what's a COG to do?  I'll tell you.

Epic has announced a new map pack, called the SnowBlind Map Pack, which will be launching on March 31st, and odd choice for the beginning of spring.   The map pack contains five snow themed maps; Grindyard, Under Hill, Courtyard, and a frozen version of the Gears of War favorite, Fuel depot.    The pack will cost you 800 MS Points or $10.  I know what you are saying, what does a bunch of deathmatch maps have to do with co-op?  Well I'm glad you asked.

Alongside the maps, Epic is launching a major title update for the game that totally revamps the multiplayer ranking system; and along with that comes new achievements.  Buried deep in these are brand new Horde mode achievements that are tied to this map pack.

The full patch notes are posted below.

Title Update 3 fixes these possible exploits, where under certain circumstances:

Title Update 3 fixes these other issues as well: