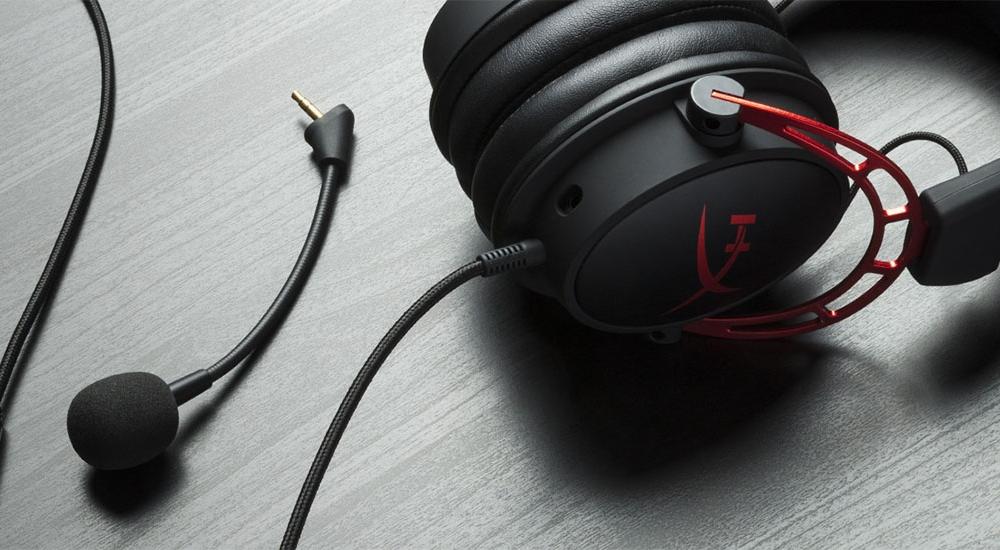 The folks over at HyperX Gaming sent over their latest headset - the Cloud Alpha for us to check out. My ears have been getting a workout lately looking at both a set from Sennheiser and SteelSeries fairly recently. The Cloud Alpha is competitive with both of these - especially since they all fall right around the $100 price point. So how does it stack up?

The first thing that stood out at me with the Cloud Alpha cans is the build quality. Premium feeling leather lines the headband and ear cups. It’s super super soft but doesn’t make your skin actually sweat. Long sessions with the Alphas were comfortable throughout. The aluminum frame also stands out as premium and overall these just feel like a pair of headphones built to last. The audio connection cable is detachable with a lengthy braided cable that ends with two standard ⅛” connectors. In the middle you have an inline volume knob and a mic mute button.

The detachable mic has a flexible boom and an oversized windscreen. A little too oversized for my tastes to be honest. It’s not as nice as some other headsets with the retractable option, but it’s passable. Overall these will work with PS4, PC, and Xbox One - you just need to utilize 1/8” stereo connectors.

Performance wise is where the Cloud Alphas excel in audio reproduction. The sound is incredibly rich with all ends of the audio spectrum being accurately reproduced. This may be attributed to the “dual chamber” design of the headphones.  I fired up a few matches of Mutant Football League and was greeted with powerful bass as the zombie players collided and crisp clear commentary audio. Call of Duty: WWII was faithfully reproduced with plenty of bass on the explosions, great mid range of guns firing, and of course the high ping of an M1 garand setting the tone. Even a game like SMITE sounded great, despite the audio not being the focus.

Running through the headphone test the response ranged from just below 20Hz up to 16kHz - which is actually slightly below the performance of the Sennheiser GSP 302. That said, to me, the Alphas felt like they were producing a richer sound.

Now the downside - the microphone did not perform well at all. I had complaints about ambient noise like keyboards being easily picked up, to questionable audio quality of the voice in general. Even with the microphone close to my mouth and the maximum gain turned up, folks had a hard time hearing me during streaming.

I’ve yet to find the perfect headset in my travels. Several have 1 or 2 really great features that make them stand out - for the Cloud Alphas that’s the soft leather feel and the audio quality. Sadly the poor microphone performance means I’ll be using my Snowball mic in its place if I want to stream. It's not the complete package, but you won't be disappointed either.