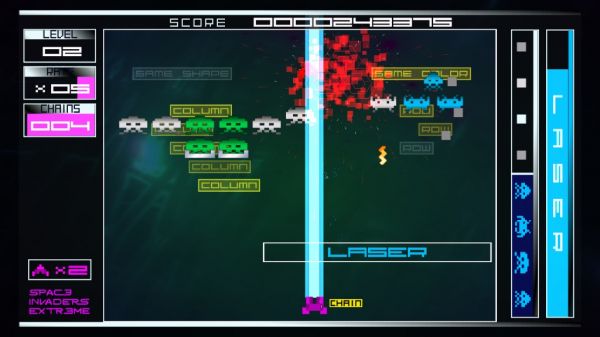 Taito has released a handful of new screenshots of the four player co-op Xbox Live Arcade game, Space Invaders Extreme.  While the screens only show off the game's single player mode, you can get an idea of just how slick looking the game is, compared to it's portable little brother on the PSP and DS.

Along with the screens, Taito has released a video for GDC 09 showing off some gameplay.  It's easy to see how trance like the game is with the thumpin beats and sound effects blasting out the melody.  This ain't your Father's Space Invaders anymore!