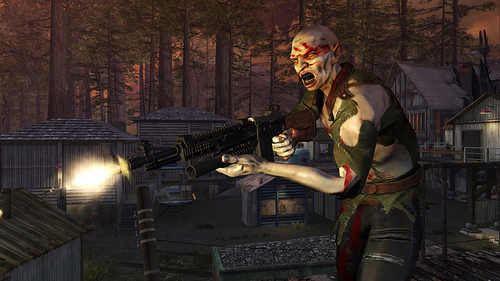 We had already brought word that a new Resistance 2 Patch and Map Pack would be hitting the PlayStation Network today, but we just unearthed some new info on a co-op mode thanks to the PlayStation Blog.

The mode is called Superhuman Co-Op Mode, and it's designed for the best of the best co-op players.

Superhuman Co-op Mode: Does your eight-man Specter squad possess the skills to survive this all-new difficulty? It features stronger enemies and disables auto-respawning (only another squadmate can revive you), but dishes out bigger rewards (double the Grey Tech and XP per round).

The update also adds a handful of medals and ribbons for the co-op mode and various tweaks to XP and Spawning.   All of this will be available later today for your Resistance 2 co-op gaming goodness.