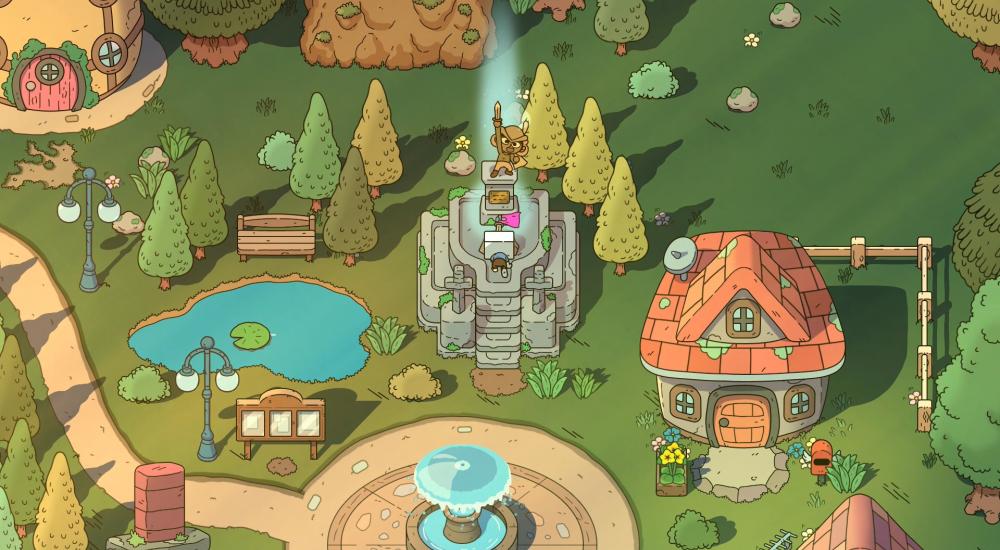 Occasionally, there are games that just totally capture my attention due to the sheer joy that seems to be a part of its very core. Enter The Swords of Ditto by onebitbeyond. Even if the title was a single-player only affair I'd be all in, but the fact that it's two player couch co-op bumps this up to my "anticipated games" list.

The game is described as a "compact action-RPG" that also appears to have some rogue-lite elements. You'll play as a hero that sets out to defeat the evil Mormo and her army, but all experience/power you gain during the course of that adventure goes into the sword you wield. When you perish, you'll start off as a new hero that picks up the sword and inherits that experience/power. However, the successes and failures of the previous hero impact the world the new hero faces. It's a little reminiscent of Rogue Legacy, but taken to a higher degree.

Here's how that is broken down in the game description/marketing materials:

Each adventure becomes its own legend, both distinct from those that came before it and part of a heroic legacy that bind together. The deeds, successes, and failures of each hero's adventure have implications for those that follow including the ability to find weapons and recover loot from history’s fallen heroes.

The Swords of Ditto will be released on the PC and PlayStation 4 on April 24, 2018. It will support two player couch co-op throughout the campaign.