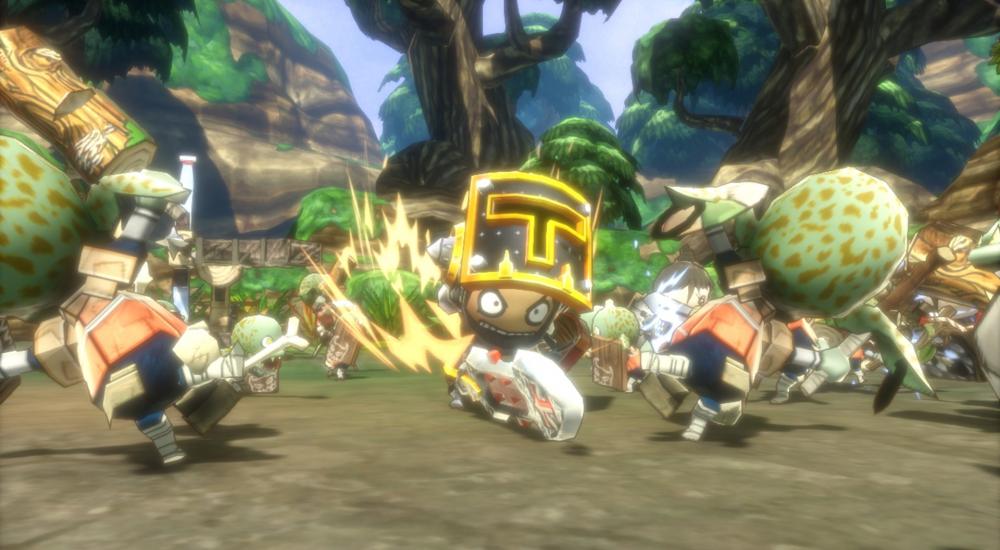 Do you ever stop to wonder if the mass of pixels you are controlling is actually excited for their epic quest, or if they're just doing it out of a sense of duty? Happy Dungeons squeals an emphatic "yes" as your anarchic heroes rampage across the country side murdering minions with glee. If you've murdered up to this point, you'll be happy for the new story content, which launched earlier this week!

In "The Survivors," your beloved King has eaten something "a bit strange" and is now straight off his gourd. Princess Lily is kidnapped (for the third time) and the King announces his intention to save the Princess alone. Not exactly consistent behavior.

If that doesn't whet your appetite to rampage deeper through the Happy Dungeons, perhaps some new cosmetics will!

The weekly event for April 13 - April 20 is the "Warfare Pacifico Series." Clearly inspired by World War-era units, you can unlock new absurd outfits for your heroes, in case you really enjoy anachronism.

Check out these weirdos in action.

During this event, these legendary skins have double the normal chance of dropping, so if you're eager to give fantasy badguys a taste of modern-ish warfare, start searching.

Happy Dungeons is currently available on Xbox One and PS4, and features 4 player dungeon-crawling co-op.