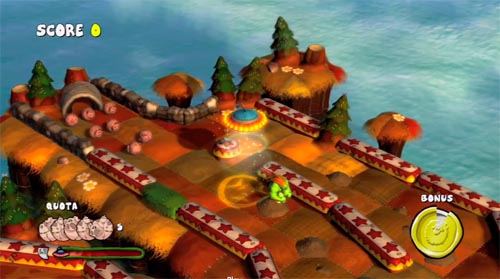 Flock, the co-op puzzler from Capcom, hits the Xbox Live Arcade, PC, and PlayStation Network this week.  To celebrate Capcom has released a video that no one ever expected to see - Street Fighter's Blanka, that green dude that does electric, rolling his way down hills and over sheep.

I'm not sure if this is the only hidden character in the game, but it certainly feels a bit out of place in such a stylized world.  Either way it'll be fun to toss around Blanka with your buddy in the game's two player co-op mode.