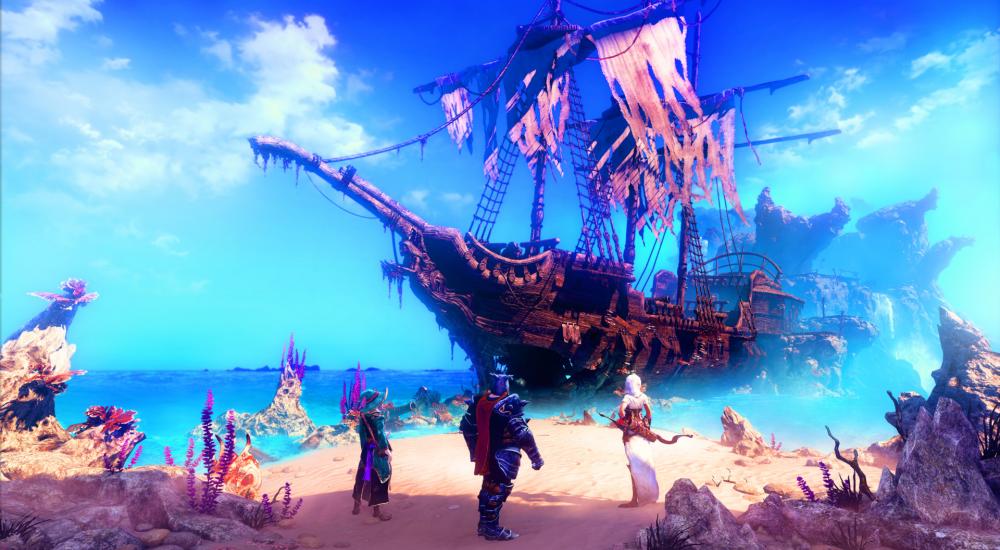 Co-op puzzle platformer fans, rejoice!  The acclaimed (and gorgeous) Trine trilogy will be making its way to the Nintendo Switch this Spring in both physical and digital formats.

Trine Enchanted Edition is already available on the Switch, of course, and Trine 2: Complete Story will be available in a digital format on February 18th. Trine 3: The Artifacts of Power will follow as well, presumably sometime between the 18th and the full bundle's release in Spring.  If you don't mind waiting, all three can be had for $39.99, which is a pretty strong deal for that much co-op content.

Speaking of, all three titles included in the bundle will offer a co-op campaign for up to three players in both online and local formats.  Players will follow the tale of Zoya, Amadeus, and Pontius as they traverse through a chaotic, ruined fantasy world.  Each entry features physics-based puzzle solving in a really impressive visual format.  If you like co-op and/or platformers, it's pretty strongly recommended on our end.

As a quick sidenote, a fourth Trine game is confirmed to be in development as well, so now is the perfect time to catch up on the story thus far, if that's something you're interested in.