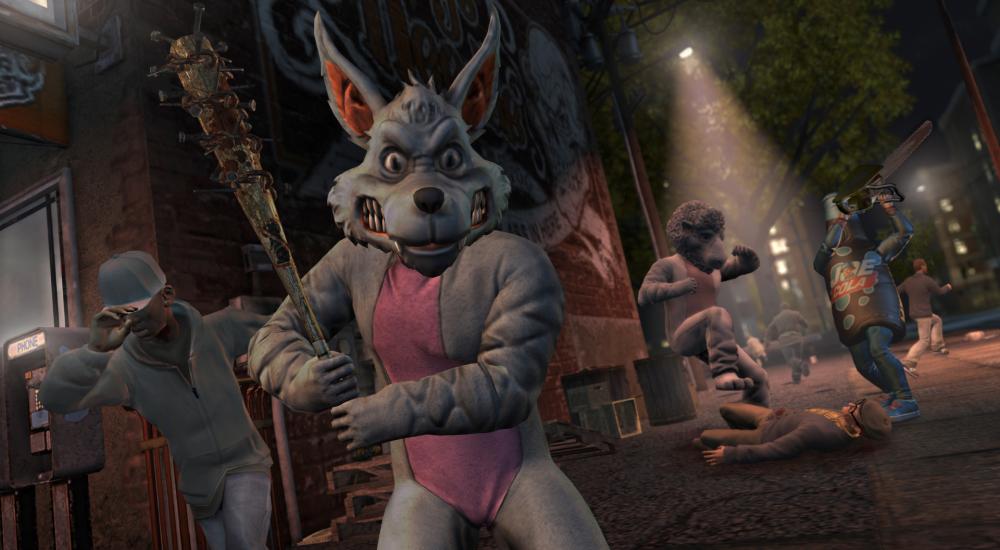 Saints Row the Third may be an 8 year old game, but since that didn’t stop Skyrim from making its way to Nintendo’s most recent console, why should the Sixth Street Saints let it stop them? They shouldn’t and they won’t, so Saints Row the Third will come to Nintendo Switch May 11th. This will be the “Full Package” edition, which includes all of the DLC and all new “couch” co-op, which is something we here at Co-optimus are very excited about.

So there is no confusion, the couch co-op included is local wireless co-op that still requires 2 Nintendo Switch consoles, not a split-screen version of the Saint’s co-op experience. On a personal note, I purchased Saints Row the Third three times on the first release just so I could give it to friends and play the game’s truly wonderful and chaotic co-op. We officially gave that 4.5 out of 5, with our full review here.

Will you be strapping in for more Saints action, or has the passage of time left you hungry for new Saints stories rather than revisiting the old ones? Let us know in the comments below.