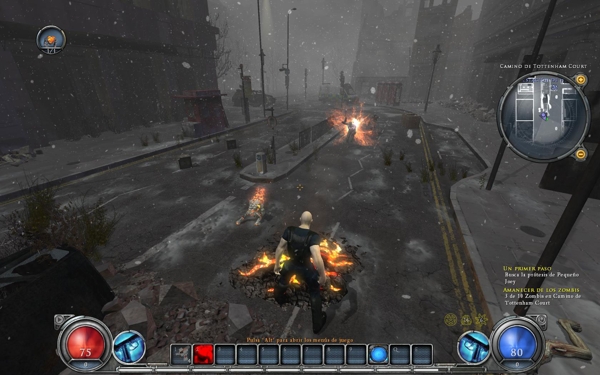 If you were a fan of Hellgate: London (not many were) - then you were probably looking forward to a re-launch of the game in West by the IP owner Hanbitsoft.  The co-op friendly game requires official servers to play on, despite it not quite being an MMO.  So what's the hold up?  Namco Bandai, who owns the rights to the game, is refusing to let it relaunch.

"There have been many inquiries from US and European Hellgate players surrounding the availability of the game in those respective territories." He added, "HanbitSoft does own the intellectual property of Hellgate: London and is interested in providing the game in the US and Europe, but is unable to do so at this time because Namco Bandai has the publishing rights for those regions."

The issue here most likely has to do with the foreclosure of that game's original studio, Flagship Studios.  Currently all assets are owned by Comerica Bank, and any restart of the franchise would probably require payback of all debts owed.  Only time will tell on this one, but Hellgate: London might be one of those co-op games better off left where it is.

Thanks Kielaran for the tip.